Mayor Zimmer: 'I made the decision on endorsing Councilman Ravi Bhalla'

This video courtesy of the Hudson County View:

Opening comments by Mayor Dawn Zimmer and Councilman Ravi Bhalla this morning held on the steps of Hoboken City Hall.

To a question by John Heinis, HCV Editor as to the support of other Hoboken council members (outside of mayoral candidate Mike DeFusco) at 3:30 mark:

"...We've had a great team and I'm proud of what everyone has done together working together but ultimately I made the decision that Ravi is the right person for Hoboken right now to move our city ahead."
- Dawn Zimmer

The breathtaking some say shocking recusal of Mayor Dawn Zimmer from the election race this November absolutely, positively means there will be more surprises and more candidates coming to the fore.

So says this Hoboken Horse. For starters, word is you will see the formerly calculating mayoral candidate Freeholder Anthony "Stick" Romano jump into the race full throttle. Tomorrow.

That wasn't expected originally until more effort could be put into identifying a council slate. Now that activity will commence simultaneously as he tosses himself in and gathers support for a serious mayoral run.

He won't be alone. Additionally, Councilman Michael Russo is said to be rethinking his position. Why wait four years from now when the prize is wide open for the picking? Exit, the nominal support for Councilman Mike DeFusco and a dalliance with Stick Romano. Time to reclaim the crown and prize for the fallen Russo Clan.

Another previously failed candidate who may resurrect his earlier bids: Frank "Pupie" Raia. His health has improved and he's asking himself why be the kingmaker for the kid DeFusco when he can finally grasp the mantle of his lifetime dream: mayor of Hoboken.

Is that the end of it? Hardly. There's been no chance for the Reform Movement and its grass roots supporters and council leaders to decide what's what and if they will get on board with Mayor Zimmer's handoff of the baton. No one asked them apparently and it's not created consensus of heart, mind and action.

This Horse Sense editorial is dedicated to everyone who made the Reform Movement a success since 2009. Hang on; it's going to be a rocky ride.
Posted by SmartyJones at Tuesday, June 20, 2017
Horse Sense: Hoboken mayoral race will see more entries
2017-06-20T13:05:00-04:00
SmartyJones
Comments

At a press conference late this morning Hoboken Mayor Dawn Zimmer ended the speculation she was bowing out for a third term saying she was finishing her term and would pursue opportunities of personal interest in "climate change."

Translation: She's been offered a job to work in Trenton in a Phil Murphy administration for some leadership role involving the Department of Environmental Protection or similar and a deadline means she would need to be available to begin the job early next year.

Councilman Ravi Bhalla, who has served on the City Council with Mayor Zimmer since 2009 stood next to her and received the mayor's endorsement for the upcoming November election.


Here is the official statement from Mayor Dawn Zimmer:

Mayor of Hoboken Dawn Zimmer Announces She is Not Running For Reelection
Endorses Councilman Ravi Bhalla for the Seat
Mayor Dawn Zimmer today announced that she will not run for a third term for Mayor, will focus her efforts following her term on the urgent fight against climate change, and endorses Councilman Ravi Bhalla in the race to replace her.

"When I made the decision to run for City Council ten years ago and for mayor eight years ago, I wasn't looking to start a long career in politics - I wanted to help my community at a time when we were facing major challenges, and believe I have accomplished that task and am hopeful about Hoboken's future," said Mayor Zimmer. "We inherited a city government that had lost the people's trust and was under state fiscal supervision, where development decisions were made to benefit the big developers, and where infrastructure had been neglected for decades. We restored honest and open government where decisions are made in the best interests of our residents, reduced taxes and saved our hospital while securing a AA+ credit rating, and invested in a renovated Washington Street, built a second flood pump, created new parks, and for the first time in decades invested in our water main system. Hoboken is now on the right path and our future is bright.”
“This has been a very difficult decision," added Mayor Zimmer. "However, as many people know, I consider the issue of climate change and resiliency to be an extremely urgent challenge facing our city, our state and our nation. I am extremely proud that Hoboken is on track to be protected from the impacts of climate change with the Rebuild by Design project, our resiliency parks, a microgrid, and other initiatives. But while our city is on the right track, our country is not. With President Trump backing out of the Paris Accord, demonstrating the federal government's lack of commitment to addressing climate change, I have decided that it is the right time for me to take on a new role working more directly on this critical issue. Once I complete my mayoral term, I will decide on the best way I can devote my time and energy to the urgent fight against climate change.”

Mayor Zimmer cited some of her accomplishments, including securing 8 acres for new open space and upgrading existing parks, advancing Rebuild by Design, putting Hoboken on a sound long-term fiscal path with a greatly improved AA+ bond rating, holding the line on taxes, and saving the hospital, which avoided a fiscal disaster.

Mayor Zimmer endorsed Councilman Ravi Bhalla for Mayor, stating, “I know Ravi is ready to step up and lead our City forward. Councilman Bhalla and I have worked hand-in-hand to put our City back on the right track. Ravi’s leadership on the Council was essential to saving our hospital, to restoring fiscal responsibility, to moving Rebuild by Design forward to combat our flooding problem, and to securing new parks. He will get the job done for all of Hoboken."

Councilman Ravi Bhalla said, “Mayor Zimmer has raised the bar for what it means to be a great mayor and I am proud to have been with her every step of the way.”
Bhalla continued, “I pledge to build on our progress, holding the line on taxes, insisting on fiscal responsibility, ensuring the implementation of Rebuild by Design to solve our flooding problem, and repairing our aging infrastructure. I believe that with sound governance Hoboken’s best days are ahead.”

Bhalla noted that over the course of the campaign, he will be announcing specific plans and proposals-all designed to keep Hoboken moving forward.

Next steps for Hoboken

I want to share with you the news that I have decided not to seek reelection this November. This has been a very difficult decision, but with a vacuum of leadership on the urgent issue of climate change from the federal government, I have decided it is the right time for me to take on a new role working more directly with the issue of climate change and resiliency - one of the most critical challenges facing our city, state and nation.

It has been an honor serving as your mayor and I am extremely proud of all that my team and I have accomplished with your help. When I made the decision to run for City Council 10 years ago and then for Mayor 8 years ago,  I wasn't looking to start a long career in politics - I wanted to help my community at a time when we were facing major challenges and making important decisions about our future.

I believe I have accomplished that task. After inheriting a city government in financial distress and under state fiscal supervision, we turned Hoboken around and fixed a broken City Hall. We’ve restored honest and open government, with our City now on the right path. We’ve built new parks and acquired 8 acres for more open space, kept municipal tax rates stable, established an AA+ bond rating, saved our bankrupt hospital, made major strides in addressing the longstanding flooding problem with a second flood pump, won a $230 million Rebuild by Design competition, invested in a renovated Washington Street, prioritized the interests of residents ahead of developer profits, and so much more.

Hoboken is now a model for resiliency and sustainability, and I will always be proud of the role I played in helping to set our great City on the path to a better and stronger future. I am more comfortable making this decision because Councilman Ravi Bhalla is stepping forward to run for mayor, giving me confidence that our City will continue on the positive course that our Reform team has set together. 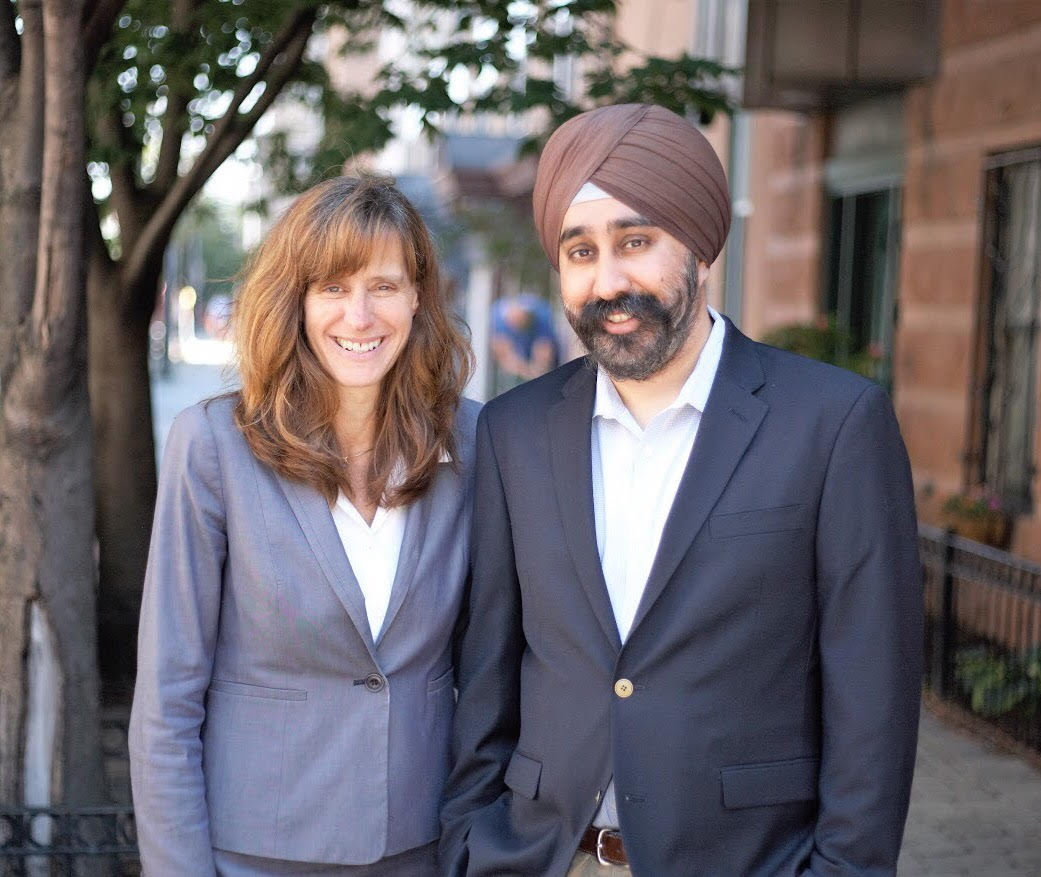 Our accomplishments over the past eight years have truly been a team effort, and Ravi has been a vital part of our team. He understands how hard it was to achieve our successes and is committed to carrying this City forward to ensure we continue to improve the quality of life for Hoboken residents.

I love this City and have absolutely loved this very tough job. Thanks to each and every one of you who have placed your trust in me as your Mayor. I hope you will place that same trust in Councilman Bhalla, who I know will ensure Hoboken stays on a positive track.

We're told that this is already decided. The bosses have decided? 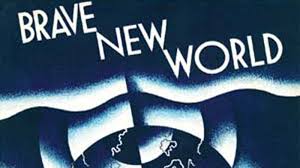