Dear Neighbors, Friends and Family,
This Monday from 6:30-8:30pm, we are hosting a kick-off fundraiser for our friend, City Council colleague and Council President Jen Giattino. Jen is a declared candidate for Hoboken Mayor!
I hope you will consider joining me and friends, and my council colleague Tiffanie Fisher Monday evening to hear Jen's vision for Hoboken’s future. Details and some additional information about Jen attached.
Please let me know if you have any questions, and please consider sending this around to your friends and neighbors as well.  Thanks for your consideration, and hope to see you tomorrow night!
Thanks, Peter 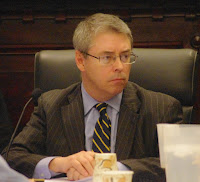 Push polling 101; what it is and how it works

MSV also adds in an update, a series of questions from a second Hoboken telephone poll below

It's a lovely Sunday and for those who are interested, a Horse is going to spell out what a push poll is and how it works courtesy of Wikipedia. 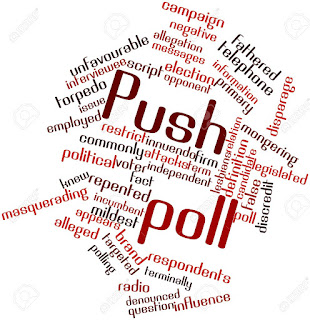 A push poll is an interactive marketing technique, most commonly employed during political campaigning, in which an individual or organization attempts to manipulate or alter prospective voters' views/beliefs under the guise of conducting an opinion poll.

(Exactly like MSV detailed in the earlier Saturday story, "Ravi Bhalla push poll alert: are you more likely to vote for him because he saved the city hospital?" etcetera, etcetera.)
http://www.hobokenhorse.com/2017/07/alert-ravi-bh...

More from Wikipedia:
Instead, the push poll is a form of telemarketing-based propaganda and rumor mongering, masquerading as an opinion poll.

In Australia's Northern Territory defined push-polling as any activity conducted as part of a telephone call made, or a meeting held, during the election period for an election, that: (a) is, or appears to be, a survey (for example, a telephone opinion call or telemarketing call); and (b) is intended to influence an elector in deciding his or her vote.[3]

MSV published some additional questions from the Bhalla campaign poll. Here's one from a MSV reader cited briefly in the Saturday story as an example in the headline of push polling: 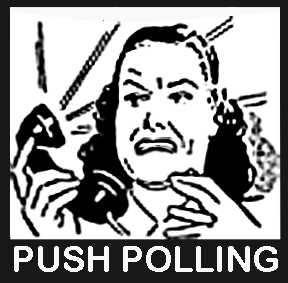 Talking Ed Note: Push polling is not a crime. It is sleight of hand deployed to alter voter perceptions, re: in this instance how the hospital board, Mayor Zimmer and a group of people on the City Council: Peter Cunningham, Carol Marsh, Dave Mello, Ravi Bhalla and Jen Giattino all played important roles in seeing the hospital saved but are not credited. (Certainly not even paltry "equal credit.")

In this push poll question, the objective is to see Councilman Ravi Bhalla elevated for "saving the city hospital" which of course is inaccurate among many people who worked tirelessly for hundreds if not thousands of hours without pay to do the impossible. Think the Hoboken hospital board members, especially, Toni Tomarazzo and the late Steve Rofsky who were central to this victory.

In a push poll, highlighting that one council member on a body of nine credited he "saved the city's hospital" is an example of how such tactics may be used. Push polling is generally acknowledged as a form of negative campaigning.

Campaigns can do polling and insert push polling questions to achieve a desired result; namely, the altering of voter perceptions favorable to a campaign.

Related: MSV urges everyone to read the tribute to Steve Rofsky who was never properly credited by local media for his instrumental role in delivering the plan to save the hospital and with it Hoboken.

Sunday Midday Update: MSV is pleased to present questions of the second Hoboken telephone poll, (not the Bhalla campaign's) courtesy of its readers. So without further adieu, details from the second telephone poll.

1.     Asked to speak with the most younger voter in the household
2.     Are you employed by news media or a political campaign or volunteering for a local political campaign?
3.     How likely are you to vote (multiple choice: very likely, likely, somewhat likely, etc.)
4.     Is Hoboken going in the right direction/or is it on the wrong track?
5.     What is the most important issue to you in the upcoming mayoral election?  (open ended)
6.     If the mayoral election held today – would you vote for a democrat, republican or independent?
7.     Would you definitely, probably, or lean slightly towards for a (insert which was selected for the last question) candidate?

If the governor’s election were held today who will you vote for:
o   Kim Guadano
o   Phil Murphy

Will you definitely be voting for or probably voting for that candidate
Who in the list is your 2nd choice?

All things being equal which candidate are you more likely to vote for:
A.     The one who has served in government longer and who is more experiences, or
B.     The one who is new to politics and will bring fresh ideas