Not a shadow of a doubt

They took a July poll and they got something to say.
They're coming after you. 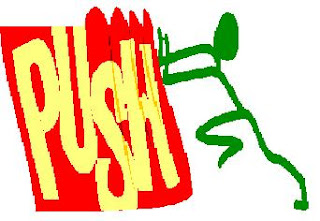 They took a push poll and they got something to push.

Time to start pushing you.

Time to start pushing you out of their election race.


In Mark Twain's world, that wise sage said much before his time, "There are three kinds of lies; lies, damned lies, and statistics.

The quote while often attributed to Twain may not be accurate in he being the author but what Hoboken is seeing in recent days is not actual data, not even massaged data or statistics.

What is being pumped out into the Hoboken political ether is pure smoke and mirrors and not a little manipulation.

This website won't waste your time pretending to offer "objective" statistics on the four major candidates in several recent telephone polls. MSV previously declared Anthony "Stick" Romano a frontrunner on the basis of his name recognition, with a immovable force of a base in Old Hoboken. It's not shifting for a shinny penny, a mayoral endorsement or a salute to Hoboken tradition with just over 100 days to go.

Others are rapidly becoming more frantic in their desire to bump off a competing candidate or what they see as threatening campaign rivals. Election outcomes this year will be decided by the efforts made between start your engines polling (not push polls) and election day. It's not being decided before the polls open and certainly not in back room deals massively changing the landscape weeks prior.

Back in Hoboken yesteryear, there was a mayoral candidate who polled at 9% and was nowhere near the top of the heap among the mayoral contenders. This candidate went on to quickly climb the ladder and eventually find himself the winner in the June 2009 mayoral runoff.

His name is Peter Cammarano.

Before anyone starts hyperventilating as some are wont to do, let's put it on the table; the timeline today versus 2009 is shorter. Funding obstacles are greater with the shorter time frame but using a dozen or so push poll/messaging questions isn't the end of the matter. It's merely the beginning of a conversation with the voters. Building name recognition, defining the issues and getting a message out to voters is the name of the game.

Whispers about the Romano campaign polling are more significant than the recent Bhalla and DeFusco polls. People will be loading up for bear expending ammunition and placing forces out in the field based on where they see strengths, weaknesses and opportunity. Those forces are out and about but there's not definitive damage in these early skirmishes. The best or worst is yet to come.

To no one's surprise, the initial casting of a polling net out in the midst of a lovely July summer in Hoboken acknowledges there is opportunity and name recognition among most of the major candidates. There's one person who stands above others having a born and raised history in town among a core of Old Hoboken and pulling more than 3500 votes in the Freeholder race.

Keep a file on that number as if it turns out in November Hoboken sees four major mayoral candidates, the magic number whispered among some is exactly that number crowning a winner. Put in a margin of error it says here to the upside. Momentum creates a surge, up for some, down for others. Not all candidates face the same upside and not all candidates are similarly capped. Attempts being made to declare a knockout blow based on some rather curious (cough cough) polling and even less qualified statistical data is weak sauce.

Await to see what emerges around Labor Day when the wheat begins to separate from the chaff. All this pre-launch hyper partisan backstabbing and swinging for an early knockout blow is not obtaining the desired effect. Going all in with your first two hands of poker can result in your own early termination.

Around Labor Day, all of this is subject to change. For all we know, Hoboken may have five or six major mayoral challengers file before the determination of the final ballot. There's also the rather Hoboken way of doing political business during election season with the art of the double cross. It's not art of the deal but art of the steal and subsequent backstabbing. There's been a dearth of real opportunities for this Hoboken "tradition" in recent election cycles. This year it will be available in spades and the ace of spades.

So to all those trying to tell you this or that candidate they back is inevitable consider the words Mark Twain said, "The reports of my death have been greatly exaggerated."

No one is dead among the four major mayoral campaigns and no one has anything in the bag. The campaigns are only getting underway. All those who try to use selective "data" in the most coarse political ways are frankly all wet.

But they knew that.

Lots of campaigning ahead and pieces deployed though the Mile Square on the road to the November election.  For now, it's July and a real summer day upon us. Stay cool and keep your powder dry my friends. Engage. Everyone is.

Talking Ed Note: Sorry to say but the attempted push poll manipulation is reaching a crescendo. Recently, there was one reform oriented candidate trying to convince another reform oriented would be candidate not to get into the mayoral race in recent weeks.

As part of their "kind-hearted" offer, they invited the would be mayoral candidate to pay into their upcoming poll which admittedly was going to insert push poll questions.

Now why would anyone with half a brain buy into any of that or worse be selling it today as significant, statistical or not as the later would be candidate is only beginning to fend off the fait accompli announced by Mayor Dawn Zimmer at her press conference last month?

The only crying you're hearing is by the would be fait accompli scammers not getting their way. So Peter Cunningham didn't fall for it and take the bait. Well, cry me a river.
Posted by SmartyJones at Friday, July 21, 2017
Not a shadow of a doubt
2017-07-21T11:30:00-04:00
SmartyJones
Comments

Hi MSV, I'm pleased to invite you to our grand opening celebration of the Team Bhalla campaign headquarters Tuesday evening!

Please RSVP on facebook or reply to this email to let us know if you can make it.
Hope to see you Tuesday!
-Ravi

P.S. If you have a minute, check out NBC News' coverage of our campaign:

July 19, 2017
By Clair Tran, NBC News
HOBOKEN, N.J. — During his first campaign for Hoboken City Council in 2009, Ravinder Bhalla knew his turban and beard would not go unnoticed. But the 44-year-old New Jersey native told NBC News he was determined to not let his identity become a liability, and instead focus on the issues.
The citizens of Hoboken agreed: Out of 12 candidates competing for three spots, Bhalla received the highest number of votes, making waves as the first Sikh to hold elected office in New Jersey. Now, after serving for eight years, he’s ready to expand his advocacy by running for mayor of Hoboken.
“I’ve seen all the progress we’ve made as a community,” Bhalla said. “This is an opportunity to take Hoboken to even greater heights. It’s also an opportunity as an Asian American to uplift our community in a collective sense as well.”

Bhalla was born and raised in New Jersey, but decided to branch out for his education. But although he attended UC Berkeley for his undergraduate education, pursued his master's at the London School of Economics, and earned his Juris Doctorate from Tulane Law School, Bhalla said he's always felt that New Jersey was his home.

“I always knew in my heart that I would be back here in New Jersey, because this is where my roots are, as an American,” he said.

Bhalla cites the 2008 presidential election cycle as his first inspiration for public office, describing how he closed his law office for one week so he and his brother could campaign for then-Senator Barack Obama. The pair drove to New Hampshire in the middle of winter and knocked on doors to get out the vote.

Even after trudging through the snow, his volunteer work sparked his love for grassroots campaigning. “That was a very inspirational election cycle for me. I thought if we can elect an African-American president, we can certainly elect a Sikh-American councilman,” he said.

The year before he ran, Bhalla said he saw a “complete mismanagement” of his local government, due to an increase in property taxes and an overspent budget. Bhalla and his wife felt the devastating economic impact, and knew they had two options: retreat to the suburbs like many of their friends had, or “try to get off the sidelines and make an impact,” he said.

“When I first ran for office, people asked me, ‘How are you going to get your votes? Are there any Sikh Americans in Hoboken?’ There was my wife and I, and my brother,” he said.

Through his two terms on city council, and serving as council president for one of those years, Bhalla cites decreasing taxes and saving jobs at a local hospital as some of his proudest achievements. Still, he felt pressure to set a precedent for others in his religious community.

“When you are a visible minority, as a Sikh, you have an obligation not to just do a good job and represent yourself, but you’re also representing your community,” he said. “It’s very similar to being a police officer. When you put that uniform on, you represent not just yourself as an officer, but you’re representing the entire department.”

Bhalla added that he hopes to not only build on the foundation his parents laid out for him (his father immigrated from India in the 1960s to pursue his Ph.D. in physics), but to surpass those expectations.
The Hoboken mayoral election will take place in November. Despite a crowded field, Bhalla has already received the endorsement of current Hoboken Mayor Dawn Zimmer, who is not seeking re-election.

Though there’s still progress to be made in political representation, Bhalla said his two children are growing up in a vastly different era, where diversity is taken seriously.

“I think it’s imperative on the younger Asian Americans to not just look towards your own career, but make that connection between what you’re doing… in your own professional life and in the community,” he said. “Your block, your neighborhood, your city, your town, really get involved in whatever way inspires you.”