Angelo Valente: On an "Independent Leadership for Hoboken's Future"

I believe in the greatness of Hoboken and I believe in you! I also believe that our city deserves leaders with passion and vision, whose only special interest will be the residents of our great city. Whether you chose to live in Hoboken, one year ago, or over one hundred years ago, the future belongs to all of us.

I am proud to announce that I will be asking  for your support, and vote, to become an independent Councilperson-at-Large representing our entire city.

In a little over 100 days, residents of the great community of Hoboken will through the ballot box determine the next chapter in Hoboken’s history. November 7th’s election will have an enormous, lasting  impact on the future of our city.

We are all on this journey together. One hundred and fourteen years ago my great grandparents left Italy in their late teens and chose Hoboken to begin their life journey together...now 5 generations later, my wife Jane and I still choose Hoboken as the community we want to live in and raise our children in.

It was and continues to be the unique and special quality of life. First and foremost it's all about community; we have a small town atmosphere is a big city environment...it’s where neighborhood block parties are the norm, and you still know your local barber and dry cleaner by name--and they know yours.

It's tolerance for the tight space of land we all have to share; our beautiful tree lined blocks, and our magnificent waterfront.  It our bustling Avenue and diverse civic, cultural and religious celebrations that fill our calendars.Hoboken is just a great place to live!

But like you, I am extremely concerned…because the future of this quality of life is on shaky ground.

Recent decisions are challenging the Hoboken quality of life that we all cherish...there is a war on residents who use automobiles and this war has to stop---immediately.

We are now invading our beautiful residential community with parking meters that are just wrong at every level...we are taking away traffic lanes and parking spaces; and causing our neighbors and friends to spend hours each week in traffic and circling blocks to find a space that not in a yellow, red, purple or orange zone.  If you drive a car you know exactly what I mean.

Our restaurants and retailers are concerned as well, as we now have a reputation among visitors as the town with a tow away sign that has replaced the welcome sign. There are some who look at our public streets as yet another veiled way to tax our already overtaxed tenants and homeowners, and now our children, and grandchildren.

We  also have a town with very few cultural and recreational facilities to enjoy in return for the high rents and taxes we all are paying...it's time we refocus our attention, our money and efforts on building facilities for our residents of all ages. It’s time to put the people of Hoboken first, and not the politicians who are losing sight of the cherished vision you and I share for our city.

Hoboken’s infrastructure needs immediate attention. Our Community is fortunate enough to be the home of one of the most prestigious engineering schools in the country, Stevens Institute of Technology. It is time we partner with Stevens to develop practical solutions to protect our residents in those sections of town that are in dire need of flood prevention initiatives.

Now the naysayers and skeptics will say that these plans, our shared vision, and more importantly my promise to each of you cannot be achieved....to all of them I say: Watch Us! Because together, with your support, and vote, there is nothing that we can't accomplish.

The following feature is a special presentation by your friendly neighborhood Horsey and may contain legal references, analysis and opinion obtained in first hand experience in a NJ court of law. 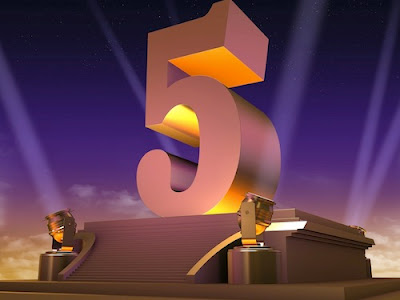 Lane Bajardi and Kimberly Cardinal wanted $2,000,000 from about a dozen Hoboken commenters or as some say bloggers.

On this day in 2012, political operatives filed what they hoped would silence all opposition online in Hoboken against a former councilwoman, the notorious Beth Mason and her Old Guard allies, the Russo Clan, first and foremost.

Most of the commenters had never made mention of either plaintiffs but were politically targeted for extinction. Some of those screen name commenters/victims: ss1959, davidd, plywood, Redrider765, JAM, Bludiamonds, Smarty Jones, Bob R, Hobbs, Klaussenfluffer and Bet Mazin. The civil lawsuit claimed it would seek to add more screen names, re: victims.

Under oath, this farm animal confessed to what everyone knew, Smarty Jones was a moniker used and the character Bet Mazin (see below) was Horsey's cartoon masterpiece. Apparently there was more than one Klaussenfluffer running around, sorry Perry. Nothing published on MSV was ever alleged defamatory in the lawsuit. Didn't stop the efforts to shut it down.

For a select few, this was a cause for celebration and for many others serious concern. The active commenting on Hoboken Patch literally dried up as many regular commenters there found themselves targeted at $2,000,000 per person. Others decided public online commenting was simply not worth it and opted out. The First Amendment in Hoboken had been chilled.

For years, the Lane Bajardi and Kimberly Cardinal Bajardi lawsuit was a barrel of laughs. Frivolous motion after motion, dozens and dozens piled up averaging two per month for more than two straight years by two out-of-state law firms led finally to a two week trial in Hudson Superior Court.

Most of the frivolous claims and defendants were tossed out of court prior to trial. The judge hearing the pre-trial motions after evaluation said the case had been eviscerated. Lane Bajardi and Kimberly Cardinal Bajardi in their unique obtuseness would agree by lowering their demands of $2,000,000 per defendant to $1,850,000 in total.

The case never made it to a jury and was thrown out of court mid-trial lacking ANY evidence. (Did you finally get that Caren or are you still hiding under your desk from the phone call of a horse?) Later a sanctions hearing would be heard in Hudson Superior Court with lawyers representing the Bajardi lawyers, each trying to avoid sanctions for their respective roles in a frivolous litigation. None did.

Each of three law firms would be sanctioned but the biggest prize for frivolous litigation went to Lane Bajardi and Kimberly Cardinal Bajardi. They were slammed with sanctions of over $276,000.

The sanctioned parties have appealed. Lane Bajardi and Kimberly Cardinal Bajardi have incurred legal fees since the issuance of sanctions in May of 2015 on par or more than the original $276,000 in penalties. That's the last defendants know of the outstanding bill, it could in fact be well higher. The Bajardis continue to plea poverty to pay defendants for their frivolous litigation while legal fees skyrocket all around well into seven figures.

This Horse will be back in Superior Court next week seeking truth, justice and the American way. In five years, you learn a lot about who friends are, the First Amendment and most importantly of all patience and faith in God. Thanks to everyone, especially Alex Booth and Counsel for the Joint Defense. Most especially, thanks to the Lord our Creator for preservation and enlightenment along the way. A horse actually learned a few big words in five years.

But now a few words of wisdom from the MSV classic, "Downfall of a wannabe shark." The original was written and created in July 2010. Efforts to keep it off both YouTube and the internet would fail as it's been viewed more than 25,000 times.

The sequel isn't completed but it's coming. Bet.

Downfall of a wannabe shark from Da Horsey on Vimeo.

My wife Alyse and I have lived in Hoboken for 26 years. Alyse is a public school teacher, and I am the owner of the furniture and kitchen store, Battaglia's Home, on Willow Avenue.  We have witnessed the evolution of Hoboken first hand, and we know what is required to lead this wonderful city into the future. For this reason, we are enthusiastically supporting Ravi Bhalla to be our next Mayor of Hoboken.

Our next Mayor will be tasked with protecting Hoboken from various types of flooding, including potential storm surge events. Ravi Bhalla has proven that he's up for the task. Unfortunately, like many Hoboken residents, we have first-hand experience with flooding. The day after Superstorm Sandy, which devastated large numbers of homes and businesses in Hoboken, I arrived at our store to find doors pushed off the hinges, floating furniture, and much more damage that took weeks just to clean up. While we bounced back after many years of financial hardship, the storm underscores the vulnerability of coastal cities like Hoboken.

Fortunately, with Ravi's steadfast support on the Council, Mayor Dawn Zimmer and her team applied for and won $230 million in funds through the Rebuild by Design competition to creatively protect Hoboken from major storm surge events. When Mayor Zimmer needed someone to take a leadership role and co-chair the Rebuild by Design advisory group to work with the diverse elements within our community and solicit important feedback, Ravi agreed to step up to the task. As a member of the advisory group, I can attest to Ravi's work in attending meetings, communicating directly with various resident groups, and going above and beyond to ensure that the community's input was heard as the project moved forward. Thanks to the hard work of Ravi and the other members of the advisory group, we are a quarter billion dollars closer to being on our way to protecting our City from future storm events.

In addition to advocating for long term protection from coastal storm surge, Ravi was one of the leaders on the Council advocating for our new H-5 flood pump, which helps protect Northwest Hoboken from heavy rain events. Ravi was also a reliable partner with Mayor Zimmer to ensure that our resiliency parks moved forward in Southwest Hoboken, at 7th and Jackson, and in the City's northwest, all three of which are being designed with underground storage capacity to withhold rainwater and reduce local flooding.

Ravi's understanding of the importance of protecting Hoboken from another devastating flood event is just one of the many reasons we have decided to support him for mayor. We believe Ravi has the skills and experience to be the leader Hoboken needs moving forward, and we hope you will consider supporting him as well.