Metaphors of all shades and the politically incorrect kind aside, the four major campaigns are making headway and picking up steam in their Mile Square skirmishes. Independent council candidates are making noise and scoring points too. 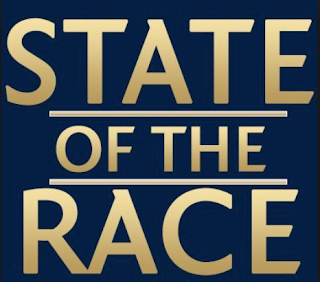 Tonight some will feel obligated to make an appearance and speak out on the civil rights of Americans, for or against? One right gets buried beneath an avalanche of "safety" concerns to have it vanquished.

That's the Democratic Republic of Hoboken for you.

With the big news on the Monarch - Ironstone Development legal news, MSV premium is delayed and after the warring on the City Council Wednesday night, there will be a special Friday MSV Premium edition.

With all due respect to snowflakes who suffer micro-aggression harm when the word "war" appears in a headline or in a solitary sentence. Someone, grab them a cyber-hanky.

It's nothing like what's coming in Hoboken. The accusations, the contracts, the non-binding midnight resolutions. Oh and a conflict of interest charge by Councilman Mike DeFusco on his mayoral opponent, Councilman Ravi Bhalla and the law firm he works for that made well into six-figures with Suez, the water company the City of Hoboken is in negotiations with at present.

MSV Premium went out to members earlier today. If for any reason you didn't receive yours, email smartyjones@me.com.
Posted by SmartyJones at Thursday, August 03, 2017
Campaigns pick up steam
2017-08-03T17:00:00-04:00
SmartyJones
Comments