Bhalla Unveils Comprehensive Recreational Facilities Plan
Councilman Ravi Bhalla, candidate for Mayor of Hoboken, today unveiled his Comprehensive Recreational Facilities Plan, designed to increase the amount of indoor recreational space and recreational activities in the City
As Mayor, Bhalla will engage residents in a community process that explores a complete renovation of the multi-service center to create a brand new state of the art multi-use recreational facility.  New community space in Northwest Hoboken, the construction of a community pool and indoor skating rink, indoor turf field, and a new teen center are also among the ideas that will be explored.  He will also examine the feasibility of Hoboken offering a summer day camp as some other cities do successfully.
Ravi Bhalla said, “Recreational activities enhance the quality of life for our families raising children and all of our residents. Today, our indoor recreational space is in need of major upgrades and too small to meet a growing demand.   As Mayor, I will bring the same commitment I have demonstrated on the Council to expanding open space and upgrading our parks to ensuring we create additional indoor multi-use space, enabling us to offer a broader variety of recreational activities and options"
Councilman Jim Doyle, who helped prepare the plan, said, “Recreational activities enrich all of our lives and help create a sense of community.  We especially need more places for our teens to gather and more activities for them. With careful planning and the input of our residents, I know we can get the job done and do it cost-effectively.”
The plan will employ a fiscally responsible approach, using realistic budget estimates and exploring alternative revenues. The City will only commit to what it can afford and projects will be phased-in accordingly.
The complete plan is below:


Expanding access to recreation spaces  In a square mile City with more families choosing to stay and raise a family, keeping up with the demand for recreation activities is critical.  Over the past eight years, I’ve been a strong partner of Mayor Zimmer in her efforts to acquire and create more open space.  Now, it is important to prioritize exploring the upgrading and addition of multi-use space to meet our recreation demands.

Thursday there are two public hearings for the $12.9 Billion Hudson Tunnel Project up in Union City at 3:00 and 6:00 pm.  The purpose of the hearing is to collect comments to the Draft Environmental Income Statement which is a large document that assesses the project's impact on the surrounding environments.

Details about the hearing:  http://www.hudsontunnelproject.com/events.html
Some FAQ’s about the project: http://hudsontunnelproject.com/faq.html
Why you should consider attending: (a) if you are concerned about the impact of the project – whether vibrations / noise / dust created during construction/traffic or (b) if you want to see the project provide transit connection points in Hoboken / Weehawken (it currently does not).
The HTP is to build a new tunnel under the Hudson River that effectively preserves the functionality of Amtrak’s North East Corridor and NJ Transit’s Commuter service from NJ into Penn Station.  See the attachment illustrating the alignment/path of the new tunnel which will go under Weehawken cove, through the north end of Hoboken on the far side of the light rail tracks, and ultimately connect with Amtrak / NJ Transit tracks in Secaucus.  It will provide an alternative while the existing tunnels are repaired (from Sandy Damage) and made more resilient.  But permanently will provide additional train capacity.
The biggest impact on the project will be to the area known as the Shades in Weehawken which is the residential area at the base of the palisades, just west of the Willow St. Bridge.  The HTP as currently proposed includes building a large Air Shaft for the tunnels adjacent to this residential area.  The construction is expected to take several years involving removal of contaminated soils and mobilization and use of heavy equipment.  One of the potential impacts to select Hoboken residents will be to any of the buildings along Weehawken cove  – although I am told that any risk is remote, but that each of these buildings will be surveyed and monitored in advance and throughout the construction.  Additionally, anyone traveling in and out of Hoboken on the north end will feel the potential impacts of this large scale development and its staging.
I attended a special meeting hosted by Weehawken Mayor Turner for his residents a week or so ago and overwhelmingly, the ask from its residents was for the air shaft to be moved to the other side of the palisades in North Bergen / Secaucus where there is no existing residential development.  Mayor Turner is advocating for this as well.
The biggest impact though to our Hoboken community, I believe, is the missed opportunity to make transit connections that would allow more Hudson county commuters more options to get in and out of NYC.  If they are going to build an Air Shaft, then why not make it a functioning transit stop.  Or why not connect with the light rail to provide direct access into midtown.
The proverbial and pun intended “train has left the station” with this project in that the alignment has been selected.  But it is still in early stages and this is when your input matters most.  If interested, please attend to voice your comments or submit them on the website (http://www.hudsontunnelproject.com/contact.html ) or via email comment@hudsontunnelproject.com.  I plan to attend on Thursday for the 6pm hearing.
Also, please feel free to email me if you have any further questions. 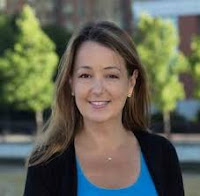 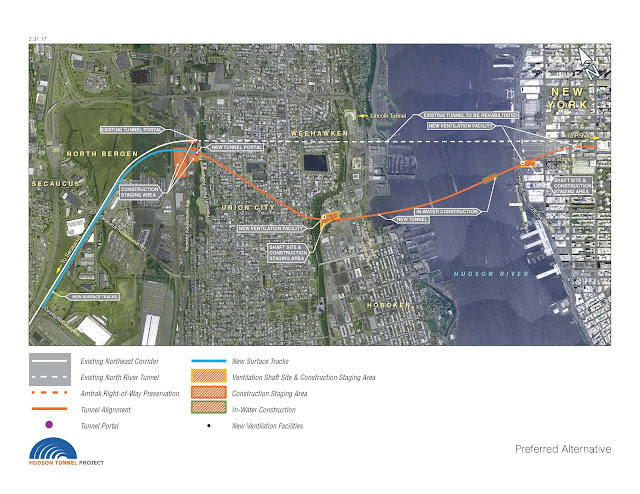