The following interview took place earlier today at the Romano for Mayor headquarters on Washington St.

The interview comes courtesy of the Hudson County View and was recorded live with questions from editor John Heinis. 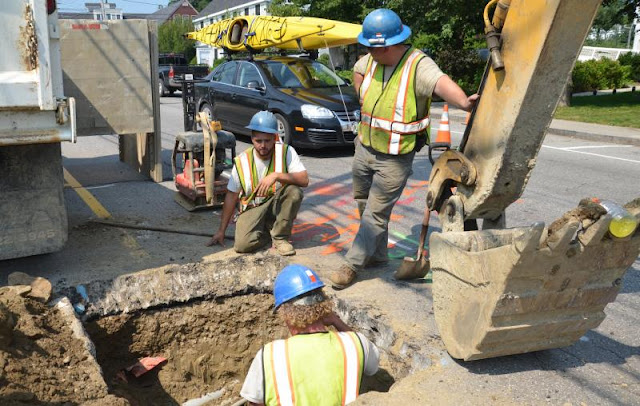 Talking Ed Note: The Washington St. project suffers from a number of issues most critically the timing and complaints about curb extensions or bump outs.

MSV has been fielding numerous complaints about the bump outs, mostly connected to concern on emergency vehicles inability to navigate them at critical times. The appearance here of the "vast majority" supporting them means an avalanche of complaints are likely reaching City Hall too.

The City Council has expressed concern and Councilman Ruben Ramos has been vocal saying it's a mistake. There's been no action on the funding which was passed comprehensively as part of the overall plan. Previously, the public by a huge margin rejected the concept of installing separate bike lanes on Washington St.

Mayor Zimmer alienated many in the public with her insistence on dedicated bike lanes on Washington Street. She clearly wants to regulate the flow of traffic on Washington St. The curb extensions are another means for her to do so.

Even with a costly adjustment later, some mayoral candidates are likely to criticize the construction of the ongoing Washington St. construction for this and other reasons.

The Washington St. Project was originally slated for completion before the November election. Then the objective slipped to complete half of the street by that time.

It's doubtful Hoboken will see half of Washington St.'s reconstruction complete by Election Day. The project is officially rescheduled to continue well into 2018.