Today's decision to endorse Anthony Romano for Mayor of Hoboken, along with his slate of council candidates, is the best decision we can make," Russo said in a statement.

For the complete story, see the Hudson County View:
http://hudsoncountyview.com/hoboken-councilman-russo-endorses-freeholder-romano-for-mayor/


Talking Ed Note: HCV correctly notes in its story, this is not a surprise being that Michael Russo "came out from the cold" and finally threw in behind Romano showing up at his recent fundraiser. It's a blow to the Old Guard backing Mike DeFusco who sought Russo's political support.

Russo's cousin and godmother, former first ward councilwoman Terry Castellano would have been more than a trite displeased had Russo backed Mike DeFusco for mayor. In 2015, Castellano was replaced by DeFusco who used the support of Mayor Zimmer to get elected.

Russo is a well known and controversial political figure who was captured in 2009 on FBI surveillance video agreeing to a bribe with an undercover FBI informant Solomon Dwek. Russo was not arrested and the plan to make payment was allegedly not consummated. Some wonder otherwise and question if a deal for cooperation with the government didn't follow.

MSV's earlier reporting on Russo's comments back in 2011 denying any bribe directly led to the FBI video's release. An earlier March 2011 MSV story broke the story opening the Russo-Dwek controversy.

In 2012, MSV published a theoretical timeline on the Russo-Dwek Affair.

Russo was re-elected as third ward councilman in 2011 and ran unopposed to re-election in 2015. 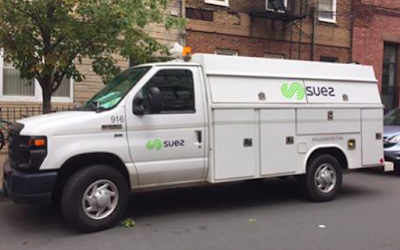 First, to say that this proposed contract is better, is not saying much. The existing contract is horrible, and it does not take much to improve on the existing agreement. To say that I should vote for this contract extension because it is an improvement, is not saying much at all. If a football team went winless last year, and they win one or two games this year, they've improved, but their coach will probably still get fired.

Second, regarding the $8.35 million liability, it is surprising to read that the administration still doesn't know what this amount is. To quote the Mayor, "The reality is we don't know exactly what the amount is." How, exactly, can this point of leverage for Suez Water, be clearly understood, if the amount of this supposed liability is still unclear, AND this "liability" was never properly billed. I'm shocked that this liability wasn't more accurately pinned down, and that there was no legal challenge to this "liability" not being billed in a timely manner.

Third, to my knowledge, the City's hired negotiator still has never looked into other possible water providers, to comparables across the nation, or to whether we could take some of these services back in-house. When I specifically asked about these potential sources of leverage for the City at the August meeting, I was told that these things had not been done. I was also, surprisingly, told that there aren't "comparables" that exist. This is so shocking, because everyone drinks water! I lose faith in our hired negotiator/consultant when he tells me he can't develop comparables (note ==> Councilwoman Fischer's questioning about whether this contract was "at market" or "above market" speaks to the lack of comps as well).

Fourth, nobody has explained the urgency here. Councilman Russo has requested insight into these negotiations for over a year now, and was consistently rebuffed. It's understandable that he would make such a request, since the administration seemed more focused on blaming his father for the existing contract, rather than renegotiating it at any point during the eight years my old team has been in office. For some odd reason, there was no sense of urgency in assuring Councilman Russo that negotiations were proceeding thoroughly and expeditiously. Yet, once an intense election season was set in motion, an inexplicable sense of urgency was also created. As Mike Lenz wisely stated recently, "Slow down. Get the facts. We’ve owed the money for years, we’ll still owe it in January. Let the next Mayor and Council decide. They, and we, will have to live with those decisions."

This is a contract extension that is being proposed. People are so focused in on the purported $8.35 million liability, because it makes it appear that this proposed contract extension is a last minute attempt to get out of trouble. It's akin to one of my students trying to hand in a pile of late assignments right before the marking period ends, so that they won't get in so much trouble with their parents, and will give their GPA a boost. This should never be the basis for committing to major policy decisions.

I have always tried to do what is best for Hoboken. I have also always rejected attempts to escalate political discourse in a mile square city of approximately 55,000 people to such irrational and hyper levels. This proposed contract is a better deal for the Hoboken taxpayer, ONLY if the taxpayers weren't all also water ratepayers. The reality is, they are one in the same (the further reality is we are not inundated with car washes in our city). We on the City Council need to ensure that we are finally considering a fair deal for the Hoboken taxpayer/ratepayer - for our neighbors, friends, and families. To do anything else would be an abandonment of the duties that I was so honored to be trusted with eight years ago. 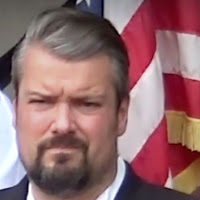