What follows comes way of MSV's exclusive sourcing and the reasoned analysis/opinion gained in over eight years of reporting on Hoboken government, politics and corruption.

Is a sweetheart of a Hoboken payoff for almost a cool million about to be made to Carmelo Garcia? That's what's being heard on the Mile Square streets after his squalid years long civil litigation and depositions finally took place with Mayor Dawn Zimmer preparing to exit office next month.


Word of the almost seven figure settlement from non-governmental sources arose last week.  In late 2013, Carmelo Garcia filed what was seen by many as a political lawsuit after his contract at the Hoboken Housing Authority was terminated earlier that summer. He filed it against the City of Hoboken, Mayor Zimmer, her husband Stan Grossbard and the HHA. The complaint was thrown out of court on the first attempt, refiled and mostly thrown out on its second filing. It was later withdrawn and refiled a third time. The HHA would then file a civil lawsuit of its own making specific complaint against Garcia operating as its executive director.

Back in February, MSV had an encounter with Carmelo Garcia at the fundraiser of Councilman Mike DeFusco. He kept repeating the City needed to make him an offer in a settlement.

There are two council meetings left next month before Mayor Zimmer finishes her term. The City would keep secret from Hoboken residents paying the bill in a Garcia settlement much like the recent First Amendment case payout to Perry Belfiore who was kicked out of a council meeting chaired by Councilman Ravi Bhalla. (How would this differ from the secret slush fund discovered in Washington DC paying off sexual harassment victims? Talk amongst yourselves.)

In the 2015 Hoboken incident, Belfiore would see a payout settlement to him reportedly in the vicinity of $54,000. Another civil lawsuit originating from the same evening is pending filed by David Liebler. The story behind their being tossed by Bhalla on the orders of Mayor Zimmer broke on MSV exclusively last month.

A black cloud emerging over Hoboken City Hall and the mayor's office grows larger without a single block of Washington Street's repair completed. According to the Hoboken Resistance & Advocate website, Hoboken's Main St. reconstruction may be almost an entire year behind schedule. Other problems mount basic to the oath of office.


A hit is a hit. Hoboken dirty politics rears its power hungry head.


The Ravi "attack" flyer is seeing more not less suspicion arising since the election earlier this month. At least five people paid to distribute the flyers in midtown Hoboken are captured on various video cameras. Thoughts of a rogue operative broadened into a theory by some pointing to the shadowy union PAC that backed Ravi Bhalla for mayor at the center. New evidence has been turned over to the Hoboken Police Department and their investigative efforts are continuing. Perhaps those taking a bow for the Hoboken election results are premature.

As one close political observer noted about the Ravi "attack" flyer; the distribution limited to an area of midtown in Hoboken on a Friday near sundown doesn't speak to the intent of your usual midnight flyer desirous to change voter minds. The limited distribution early that Friday was designed to be quickly found and generate maximum media publicity not deter voters across the Mile Square City from voting to elect Bhalla a third time to citywide office.

The ensuing publicity continued before and after the election with plenty of prime time TV coverage taking all of the air out of the room for competing mayoral candidates. Last week, another Bhalla is victim story appeared on CNN, the Leader in Fake News as Councilman Mike DeFusco might say. He's called coverage of the hit job flyer using his Bhalla campaign mailer fake news. No one can prove he's wrong.

The question of the flyer's intent was raised to MSV where the observer said, "Who was responsible for the flyer... its production, distribution and political manipulation? We know it wasn't a hate flyer... so who did it? Suddenly it's not of importance to those who spent four days being aggrieved by it. They want the HPD investigation stopped."

The observer was referencing Ravi Bhalla insiders who are publicly vocalizing the HPD investigation into the culprits behind the flyer be halted. Why do these Ravi people want to see justice denied? Those and other questions raise an interesting point about the true motives behind the flyer.

If you can't think of a motive, here's one from the union's website touting the NJ Transit mega development for downtown Hoboken. Who has a bigger investment in seeing that outcome with their choice sitting in the Hoboken mayor's chair come January?


While the whispers have been elevating in recent weeks about where the real evidence may lead, the pro construction unions are united from Trenton to Hoboken to see the proposed NJ Transit big development get rolling in the Mile Square City. Who's going to stop them? It won't be the politicians who embraced their support here and there. Expect lots of posturing and political crybaby tears coming to naught. And make way for the cranes!


Another attack on the First Amendment out of the mayor's office?

The First Amendment took it on the chin Election Day Weekend when a suspect action many believe originated out of the mayor's office with some shadowy legal advice instructed the Hoboken Police Department to inform the four major mayoral campaigns to cease and desist distributing political leaflets after the Ravi flyer appeared early Friday evening the day before.

Legal pushback from the Jen Giattino campaign Saturday quickly saw reversed the dictum and the political operation against the First Amendment in the Mile Square City quickly ended. Who thought up this latest in a series of First Amendment gaffes out of the mayor's office?

Mayor Dawn Zimmer only trusts Ravi Bhalla to follow through. No doubt.

What should be the penalty for those blatantly disregarding the oath of office swearing to uphold the NJ and US Constitution? Perhaps a military tribunal could help. 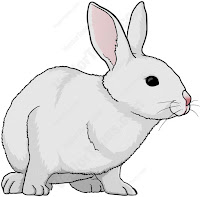 Talking Ed Note: The earlier story about the Ravi-Russo alliance to make Michael Russo the City Council President created indigestion for some on Thanksgiving as some inconvenient truth got out. Russo is prepared to be vote no. 3 on the council for Ravi Bhalla joining Jim Doyle and Emily Jabbour.

MSV stands by the story as it became widely known with additional sourcing but would like complete details on their transactional deal and what they ordered for dessert.

MSV also stands by Election Day challenger work in an earlier story in the face of continued propaganda and defamation falsely claiming this editor was electioneering for anyone anywhere that day. A lying propagandist blown out of the water must publish a retraction.

Related: Hudson County View published a story Tuesday where Councilman Mike DeFusco states five of the suspected flyer distributors were identified. This confirms part of the MSV story from yesterday.