Ravi Bhalla on the brink

The stunning news of another back room deal, this one involving a new law firm announcing Hoboken mayor Ravi Bhalla as one of their own is creating shockwaves across the Mile Square City.

The new mayor will not be working full-time for Hoboken as promised after all. 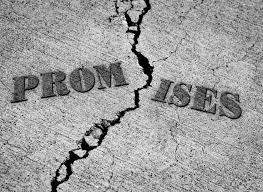 Many Hoboken residents are concerned about the actual contract with the law firm Lavery, Selvaggi, Abromitis & Cohen, P.C. and expect there will be an effort to obtain its actual terms. Will Mayor Ravi Bhalla cooperate and provide one for public transparency or declare it off limits?

Hudson County View broke the bombshell story over the holiday weekend. The Bhalla deal with the law firm comes merely a month after his term begins and after his promise to leave his former law firm, the politically statewide connected Florio Perrucci.

If the former law firm is feeling jilted, they aren't complaining publicly. During the League of Municipalities meetings in Atlantic City last November, representatives of the firm were rumored overheard bragging at events how no business goes through Hoboken without their approval.

The revelation of another Mayor Bhalla back room deal puts everyone on edge with the City Council meeting set for tomorrow.

An announcement of some kind today is expected from City Hall as the mayor's office desperately seeks to distract from Mayor Bhalla's broken promise.
Posted by SmartyJones at Tuesday, February 20, 2018