Rocket Man 'Let me give up, please'

MSV will release a feature later today. In the interim, for those who wish to understand how and why the shocking turn of events with North Korea have come about, see the link below.

In a historic announcement late yesterday, the foreign minister of South Korea announced North Korea wishes to have a meeting with President Trump "as soon as possible" on its denuclearization. In the interim, North Korea vows there will be no more missile or nuclear tests. 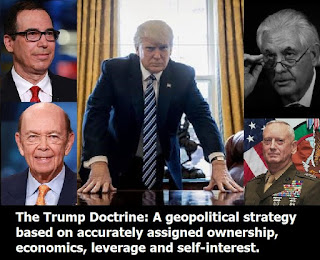 President Trump voiced his intention to meet on the North Korean denuclearization in May.


The short primer on the how and why on North Korea: