“Caroline’s stellar professional qualifications and strong family ties to Hoboken make her the perfect choice to head the city’s new Constituent Affairs office,” said Bhalla. “She has a love and knowledge of Hoboken that is key in helping address the needs and concerns of residents.”

Caulfield carries on a family legacy of public service to Hoboken.  Both her grandfather and great-grandfather worked for the City.

“I feel so blessed to have been given the opportunity to continue this legacy of service,” said Caulfield. “I have tremendous pride in being from Hoboken, and I believe City Hall has an obligation to make our city more responsive to the needs of residents. I look forward to serving all of the city’s residents, paying close attention to the needs of our lower-income residents and those who have been impacted by our city’s rapid growth.”

Prior to working for Senator Booker, Caulfield interned for the New York City Department of Education and canvassed for the Human Rights Campaign. Caulfield earned her B.A. in Political Studies and Human Rights from Bard College.

Caulfield’s first day will be on Tuesday, May 29. 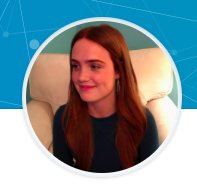 Talking Ed Note: According to her Linkedin page, Caroline Caulfield is an aide to NJ Senator Cory Booker and a Hoboken real estate agent with Hudson Place Realty.

MSV was removed without explanation on releases from the mayor's office. Talking Ed Notes may accompany any as an exception to elected officials releases per MSV policy.
Posted by SmartyJones at Thursday, May 17, 2018