Grist for the Mill: Ravi to council: 'Shut up about my second job" 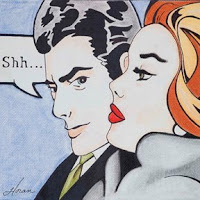 The law firm employment contract, effective back to February turned Hoboken on its ear with Bhalla's broken promise exposed to leave his previous law firm and make Hoboken his singular work focus.

The Corporation Counsel, Brian Aloia, a political contributor to the Bhalla for Mayor campaign approved a legal analysis on the City Council's transparency request calling it illegal.

As a result of that obvious conflict, no one's persuaded.

The City Council, undeterred, went ahead at its last meeting and approved the ordinance 7-2 on first reading seeking details on Bhalla's earnings to date and who his clients are. The only two council votes against transparency in the public interest were Jim Doyle and Emily Jabbour. Both were running mates with Bhalla last November.

Ravi Bhalla is quite unhappy with this attention on his second job as he has been throughout. City Council members are on the receiving end of his alleged complaining phone calls today in a last-ditch bid to flip votes.

We get it Ravi, almighty dollar.


Talking Ed Note: The City Council should hold firm and seek the minimum transparency on Ravi Bhalla's second job. The public has a right to know, end of story.


Grist for the Mill is MSV's rumor column. Got a tasty carrot for Da Horsey? Send it to smartyjones@me.com. All email is kept confidential and is protected by Da Horsey's proven Reporter Privilege upheld under the NJ Shield Law in Hudson County Superior Court. In farm animals we trust.
Posted by SmartyJones at Wednesday, June 20, 2018