The assemblage of party insiders are arriving in Kearny for the Hudson County Democratic Chair vote and the scene is best described in G rated terms as a political circus.

An observer described it saying "it's pure insanity."

Union City Mayor Brian Stack has brought down dozens of his supporters with astroturf signs reading, "Brian Stack for Chairman" in English and Spanish.

Does he think this is a rally in Union City?

One observer asked if they had ever seen anything like this, Hudson County or not quipped, "No, Stack is just an asshole."

Attendees must walk through what is described by one on-looker as a "shit show." 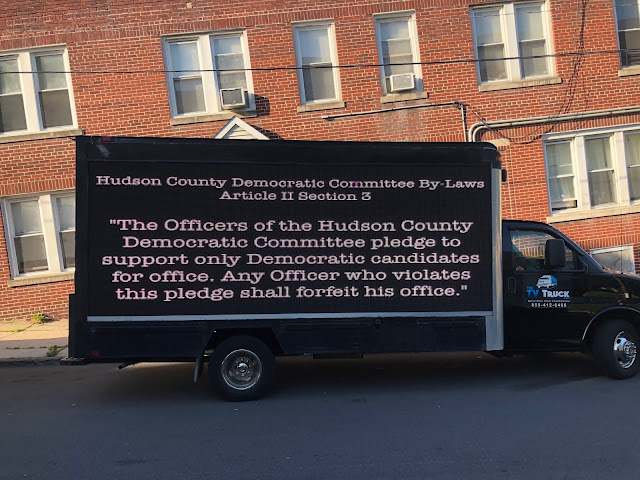 Brian Stack has some pointed words with a finger for emphasis to Weehawken Mayor Richard Turner:


County police are on the scene. 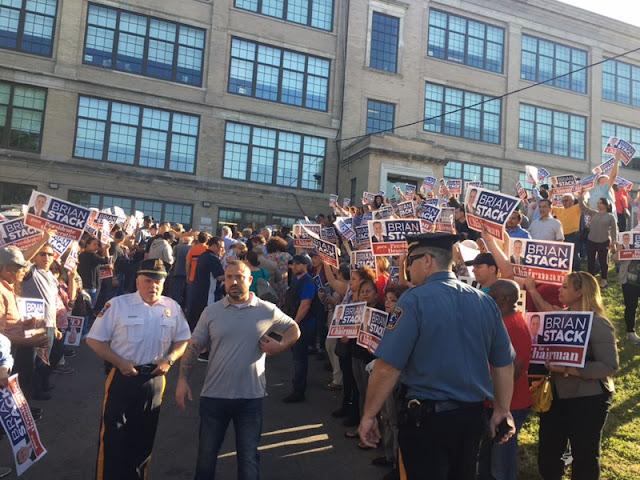 Inside before the vote, described as being "105 degrees in the room."
Posted by SmartyJones at Tuesday, June 12, 2018