Mayor Ravi Bhalla who held his second fundraiser while holding the executive position for a mere half-year had some explaining to do to guests last night. 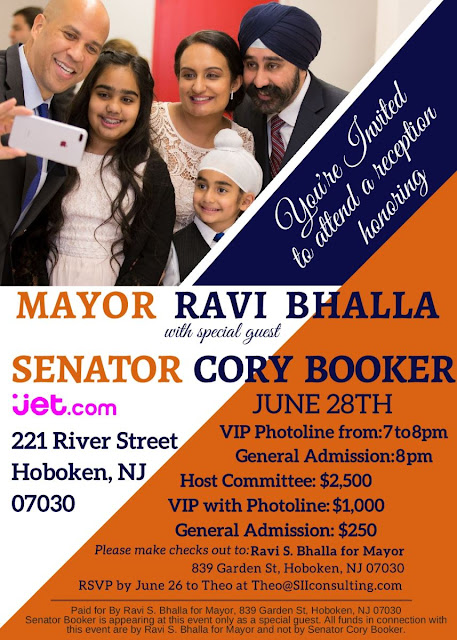 Was there a dire national emergency requiring Senator Cory Booker to appear on TV to falsely allege President Trump is under "criminal investigation" keeping him away or something more local of a radioactive nature making him keep a safe fallout-free distance away?

Oh, and Senator Menendez also said to be making an appearance was a similar no-show.

The four-digit pricetag Bhalla event "honoring" himself with showers of loot claims
a Senate vote kept Booker in DC where an overwhelming vote in favor
of a farm bill passed yesterday.

Here's Sen. Cory Booker following up his late afternoon appearance on MSNBC with another
TV appearance later on CNN. 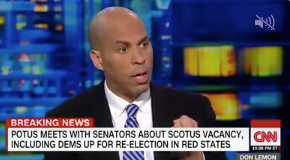