Grist for the Mill: BoE slates behind the eight ball with filing deadline today

Mid-summer, most of Hoboken is rolling in the summer breeze with Frank Sinatra notes blowing through their hair. But for some, it's not a summer wind but the deadline for filing candidacies in the Board of Education election this fall.

The filing deadline for BoE candidates is this afternoon at 4:00 sharp. There's more than a bit of buzz about possible candidates and odder alliances.

Two current trustees up for re-election are Tom Kleupfel and John Madigan, polar opposites of the historical divide between reform and Old Guard elements believed to be on good terms on the nine-member board.

How good? With the departure last year of Peter Biancamano who was trounced in his re-election bid, John Madigan was stranded without an oar nor a paddle. Rumors are circulating that a tactical play to fend off a resurgent opposition to the "Kids First" moms would mean adopting Madigan to their ticket come November.

The political play may sound enticing to those on the BoE dais but it's also gotten out on the street and set many a hair on fire. The firestorm has seen opposition and a last-minute play for alternate candidates but the repercussions may go further.

Former Carmelo Garcia Assembly aide, bomb-thrower Patricia Waiters is likely to again produce signatures to put herself on the ballot. She's grown weary of running between the City Council and BoE calling people racists who refuse to capitulate to her demands. She's likely to run and dissension could pave the way for her to finally make it into the top three of candidates and be sworn in as a BoE trustee. She's also found a pal who enjoys similar tactics who could join her to double down on yelling at others.  Call it a "you're a racist" twofer ticket.

How's that for an advertisement on our local schools? 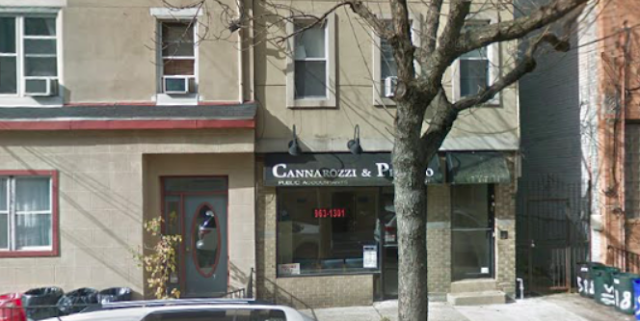 Talking Ed Note: The City of Hoboken sent out a notice yesterday its plans on the Washington St.'s renovation this week will see milling and paving up to 8th St.

Earlier this year, Mayor Ravi Bhalla saluted himself for completing the Washington St. project to 9th St. by mid-July. It was the oddest forecast considering how the repairs have dragged on before he took office upstairs at City Hall.

Regardless of the inane self-promotion and succeeding failure, everyone wishes for this week's efforts to be successful. Godspeed to them all.

The FBI is back in town and confirmed making a visit to a local accounting business. As seen above, there's a lot whistling in the wind but little by way of details. Hudson County View broke the story on Friday.