Last night, the Hoboken City Council held its August meeting with sparse denizens from the public in attendance.

One Ravibot showed up to perform a summer hit job to no consequence while another Mayor Ravi Bhalla political effort to massively increase parking fines came up empty.

The agenda item failed to obtain any council member's sponsorship. Ravi Bhalla could not even get councilmembers Jim Doyle and Emily Jabour nor backdoor ally Michael Russo to sign on and see discussion.

The Administration item was promptly yanked without a word said. 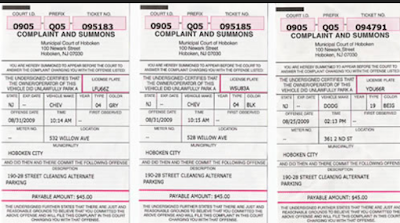 A dog run uptown passed and the discussion on the item was hijacked when Councilman Michael Russo decided it was time to see a new park restricted for only disabled children and not another dog run. It provided some summer time grandstanding entertainment.

The City of Hoboken's change to another vendor for live viewing is a disaster. Snippets of the meeting recorded were provided "live" and available only as a recorded portion. Facebook had a live feed working and the audio and video of the meeting crashed multiple times.

Is there an online recording of the meeting available for viewing? Doesn't appear to be and the entire change makes both live and recorded viewing a fiasco.
Posted by SmartyJones at Thursday, August 02, 2018