After weeks of deliberation, the Mayor of Hoboken and the City Council subcommittee have agreed with KMS Development on the terms for the proposed Hilton Hotel to be built on Hoboken’s southern waterfront.

The project will bring a world class hotel and operator to Hoboken, generating $1.7M in additional tax revenue, adding 200+ union jobs at fair wages with preferences for Hoboken residents, transforming our southern waterfront near our crown jewel, Pier A park, and building amenities that benefit Hoboken residents like a roof top bar and much needed banquet space. Additionally, KMS has agreed to invest $4.85 million in the Hoboken community addressing broad community priorities including public education, infrastructure, affordable housing, and recreational facilities.

In aggregate, the revised proposal will include the following public benefits:

“I could not be more proud to bring this history making project to fruition; the community benefits of this deal will be positively felt throughout our community. I want to thank KMS Development for their longstanding support of the residents of Hoboken. I want to also thank the City Council for their commitment to Hoboken and working together with me to raise the standards of development in Hoboken,” said Mayor Bhalla.

"We are proud to provide our support for this incredible project that brings so many positives to Hoboken and to have collaborated with KMS and many stakeholders to deliver an expansion of community benefits in the areas of affordable housing, education, and infrastructure that help address the broad needs of our community. We thank Mayor Bhalla for prioritizing this project and look forward to working with him again on other important initiatives. We are recommending that our council colleagues join us to deliver a 9-0 vote for this important project at the upcoming council meeting on October 17th," said City Council subcommittee members Peter Cunningham, Mike DeFusco, Tiffanie Fisher and Jen Giattino, and Council President Ruben Ramos

“This is a world class Hilton hotel that will be an enhancement to life in Hoboken. We are excited this project enjoys broad political support and are proud to become a contributing member of the Hoboken community,” said Dennis Martin, KMS.

Martin added, “We thank mayor Bhalla for his leadership and the city council subcommittee members Peter Cunningham, Michael DeFusco, Tiffanie Fisher, and Jen Giattino and council president Ramos for their longstanding support and dedication over many years. The Mayor and City Council have been dogged advocates for their constituents and this is a better deal for Hoboken residents because of the benefits they each were able to secure in negotiations with us.”

“This hotel is a major win for Hoboken and for the housekeepers, concierges, banquet workers, and others who will work hard every day to make it a success. KMS Development Partners worked proactively with our union to ensure that these workers can count on jobs where they are treated with dignity and respect. We are very grateful to Mayor Bhalla, who has been an absolute champion of hotel workers, and to Council President Ruben Ramos and Councilman Mike DeFusco, who have long advocated for smart hotel development. The Hotel Trades Council looks forward to working with KMS and with Hoboken officials to make this hotel a great amenity for Hoboken residents and guests,” said Rich Maroko, Vice President of Hotel Trades Council.

"This week's announcement regarding the Hoboken Hilton, a fully union-built and union-operated waterfront hotel, demonstrates the city’s commitment to economic development projects that include smart private-sector investment that will improve the quality of life for residents while creating hundreds of union jobs. We thank Mayor Bhalla and City Council President Ramos for their leadership as well as the members of Council's redevelopment subcommittee for their efforts. Mayor Bhalla and Council worked diligently on reaching a deal that revitalizes Hoboken's waterfront, preserves the historic Post Office, and provides immense community benefits. It has been a pleasure to work with KMS Development throughout this process, and we are so pleased they have committed to providing millions to support education, housing, recreation and infrastructure for Hoboken in addition to the projected $5 million in annual economic activity the hotel will generate,” said Mark Long, Director of ELEC 825.

“The Hoboken Hilton Hotel project demonstrates what good can happen when an insightful developer, KMS, teams up with labor, the Mayor, and members of the City Council for responsible development.  We are proud to support what will be both a union-built and union operated endeavor,” said Steven M. Gardner, Director of New Jersey Laborers’-Employers’ Cooperation and Education Trust. 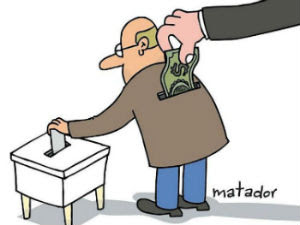 Talking Ed Note: The special interest pandora's box is officially opened and unleashed on Hoboken thanks to Ravi Bhalla and his bedding the construction unions.

More on this next week as the plan is easily enacted on Wednesday at the next council meeting.
Posted by SmartyJones at Saturday, October 13, 2018