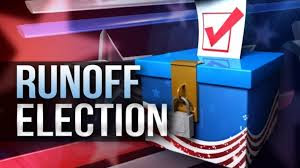 I'm only chiming because in my opinion one very important point in the run-off versus no run-off debate is being missed or at least not given the attention it should.

Plurality Voting's greatest weakness as a voting system comes to light when the number of candidates becomes quite large.  I can live with Ravi Bhalla becoming mayor as the most popular candidate of four major candidates but what happens when a future election is won by just one of six, eight or twelve candidates?  What happens if there are 19 candidates?

Besides having an elected official that likely received a very small minority of the vote - this could be a way for a candidate with unpopular views "win".  What if the only Republican among a very crowded field wins?  And what if it's a very "conservative" Republican?  What if we then have someone who is Anti-Choice, Anti-Gay Marriage, Anti-Vaccination and generally regressive in their views, elected to our council or elected as mayor?

This has actually happened recently and not long ago: https://www.city-journal.org/html/new-politics-bret-schundler-empowerment-not-entitlement-12621.html

Granted, Bret Schundler turned out to be a popular, progressive Republican - but that is not guaranteed to happen.  Not having run offs could be a disaster for Hoboken.

Posted by SmartyJones at Monday, November 05, 2018