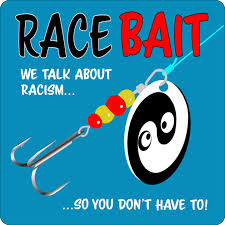 The fur is flying in the revealed series of stories here involving political hit jobs last week in the City Council leading literally back to the doorstep of Mayor Ravi Bhalla's Chief of Staff, John Allen.

Among the distractions, fabrications and silly attempts to attack the messenger, John Allen reportedly claims he was not contacted by MSV.

This as noted below is only one notable problem.

In all the gyrations including John Allen's glaringly obvious limp team effort with Nancy Pincus, head cave dweller at Sybil's Cave; he utterly fails to explain why Anthony Deleonardo dropped an ugly stink bomb apparently teaming up with Patty Waiters at the City Council - then immediately left - running to John Allen's door.

For the moment, here's the the true and actual evidence of MSV efforts since last week to contact John Allen.

On December 6th, this text message was sent to the recently returned Vijay Chaudhuri in the mayor's office:

There's a friendship with Vijay, the former chief of staff to Dawn Zimmer going back years and he called a little before 2:00 pm. The conversation lasted just over 15 minutes. The details of that frank discussion are off the record but on several occasions throughout; it was requested not once, not twice but several times for John Allen to "give me a call."

Vijay was receptive and as usual, professional throughout. There was no response from John Allen in the six days since that conversation.

At 8:10 am this morning, a message was left for John Allen informing him there was another major story going to publication in approximately an hour. Approximately an hour later, the story was published blowing the lid off the emerging scandal.

John Allen is again invited to discuss the related issues of public concern at his convenience.

Talking Ed Note: MSV can confirm that Nancy Pincus did not seek any information here confirming the facts published since last week including those as stated above. In place of decency is a screed of lies.

More to come.
Posted by SmartyJones at Wednesday, December 12, 2018