The governor-elect came out on Saturday criticizing the late vote before he assumes office following an earlier action seeking the resignations of top officials in the agency.

From the Saturday NJ.com article:


Gov.-elect Phil Murphy has demanded that NJ Transit postpone a vote scheduled for Monday's Martin Luther King Jr. Day holiday on the controversial purchase of Hoboken waterfront property for use as a ferry maintenance yard.
The article outlines the divide on NJ Transit paving the way for New York Waterway to use the former Union Dry Dock site:
The measure being considered by NJ Transit's board of directors would authorize staffers to purchase the 3-acre Union Dry Dock site from New York Waterway, then lease the site back to the company for its use as a ferry maintenance yard. New York Waterway purchased the property in November for $11.5 million from the company that formerly operated the dry dock -- Hoboken's last working shipyard -- and NJ Transit was expected to pay about the same price.
New York Waterway says it ferries about 30,000 daily commuters between New Jersey and New York, and NJ Transit says the ferry system is a key component of the trans-Hudson transportation network, both on a regular basis and during emergency situations like last year's "Summer of Hell" rail service restrictions at Penn Station New York.
Posted by SmartyJones at Saturday, January 13, 2018
NJ Transit vote set for Monday as governor-elect Phil Murphy criticizes late action
2018-01-13T15:33:00-05:00
SmartyJones
Comments


Didn't anyone warn you?

What happens when it was the "investigators" under investigation?

Did you think rumors about "crap" would carry the day?

In the end, The Republic wins... 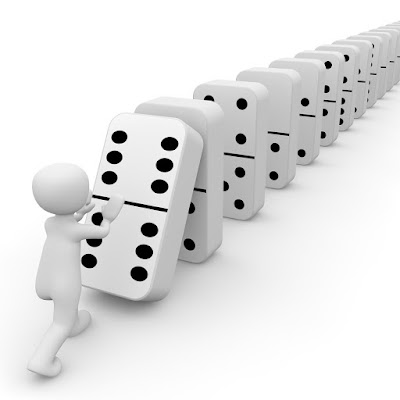 and the dominoes begin their fall.