InsiderNJ reported a response to the latest veto by Mayor Ravi Bhalla on a referendum to allow the public to decide on bringing back runoffs.

DeFusco Blasts Mayor Bhalla’s Veto of Runoff Referendum Ordinance
Hoboken, NJ – For the second time in recent months, Hoboken’s Mayor has vetoed an ordinance passed in a 7-2 vote by the City Council to allow residents to decide whether or not to re-institute runoff elections. Councilman Mike DeFusco is issuing the following statement reacting to Mayor Bhalla’s veto:
“It is disappointing to see Mayor Bhalla not just deny Hoboken residents the opportunity to have their voices heard in a public referendum on our voting rights, but to also see him spread misinformation and half-truths while doing so. The ordinance he vetoed was passed overwhelmingly by the City Council and it would simply allow our community to collectively decide whether or not to re-institute runoff elections. This issue should be decided by the people, not by entrenched, establishment politicians like Mayor Bhalla who benefit from a flawed current system. The Mayor cites reduced voter turnout in a recent Jersey City runoff, but he fails to mention that the last time Hoboken held a runoff election for Mayor in 2009 turnout actually increased from the initial election. Meanwhile, he suggests that he supports an instant runoff system that, while certainly worth exploring, is currently not allowable by state law. All of this is meant to distract from the fact that Mayor Bhalla is concerned that re-instituting runoff elections would hurt his chances of re-election as he has not demonstrated the ability to secure majority support or to work collaboratively with his fellow elected officials. This is a deeply cynical ploy that puts politics over our city’s values of transparency and openness, and I will be working with my Council colleagues to determine what steps can be taken to ensure that Hoboken residents’ voices are ultimately heard on this important issue.”
Posted by SmartyJones at Thursday, January 25, 2018
DeFusco blasts Mayor Bhalla for veto against allowing voters decide runoff elections
2018-01-25T13:24:00-05:00
SmartyJones
Comments

In an official release, Mayor Ravi Bhalla vetoed the City Council legislation for a public referendum this November to consider bringing back runoff elections.

Last November, then a councilman and candidate for mayor, Ravi Bhalla was elected mayor with less than 33% of the vote.

A City Council rebuke to the veto can be expected as an earlier veto by the lame duck former mayor Dawn Zimmer. This would mean the Hoboken electorate will decide for themselves if they wish to bring back runoff elections by going to the polls this November. 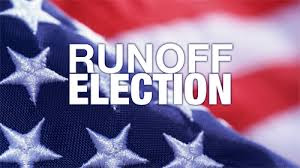 Mayor Ravi S. Bhalla issued a veto of ordinance B-3 for a referendum to reinstate run-off elections in December, stating in part:

“Presumably, the objective of this legislation is to ensure that any successful candidate for office obtain at least 50% of the vote. While this is a worthwhile objective, it needs to be considered together with other important objectives such as maximizing voter participation and minimizing the likelihood of elections results being influenced by improper conduct. The evidence is clear that there is a dramatic reduction in voter turnout associated with December runoff elections, as we saw most recently during four Jersey City runoffs in 2017 which experienced voter turnout reductions ranging from 33.6 percent to 45.4 percent.

The open secret known by every single member of the City Council and alluded to in multiple local news reports is that there is massive vote-buying that occurs in our elections. Reducing voter turnout through runoffs in December will amplify the power of those vote-buying operations, making our elections less democratic. Therefore, the approach taken by the City Council in achieving this objective is highly misguided and amounts to poor public policy that I cannot support. A far better approach, which I fully support, is to move to instant runoff (also known as ranked choice) voting which is commonplace around the country.”

The full veto statement is available at: www.hobokennj.gov/docs/mayor/Ordinance-B3-Veto.pdf.]

Talking Ed Note: MSV has previously stated its position supporting instant runoff elections if at all feasible. The topic is worthy of further investigation.

Here, there's a clear push back by the administration against runoff elections and it's in no small part due to receiving less than 33% of the vote last November.

The amount of voters many of the low information variety motivated to get out on Election Day was fully 43% of those eligible, far more than the typical 35% turnout. The Ravi "terrorist flyer" earned him a huge boost days before the election (as it was designed to do). Similarly, the significant increase in turnout last November meant efforts to buy votes, using VBMs or in votes at the machines was not only diminished but rendered inert.

Confidence is required to tackle a one-on-one runoff election. Apparently, this is missing from the Bhalla  administration and Ravi Bots: fanatical insiders, underwriters and paid political operatives have been freaking out since the November election they don't control every aspect of local government. (That some of these aspects such as council appointments preclude the mayor a vote or influence is beyond their grasp of understanding let alone acceptance. This is of course what defines them as Ravi Bots.) 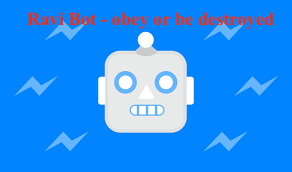 Currently, there's a Shadowy presence writing content and comments on Sybil's Cave, home to Bhalla campaign political operatives, underwriters and insiders. A campaign began almost immediately after the November election when good governance council members Peter Cunningham, Jen Giattino and Tiffanie Fisher declined to announce fealty and unconditional support for the mayor-elect. There may be legal motivations for this too connected to ongoing lawsuits at City Hall carried from the prior administration.

Without any public opposition to Ravi Bhalla's new administration or a single council meeting, Ravi Bots are wailing for blood and lining up in the hopes to take their place.  Any such election however is well off in the distance in the fall of 2019.

Most of these wannabe Ravi Bots have done zero for Hoboken on any issue at any time. That's politics but there's years of proven good governance experience by Cunningham, Giattino and Fisher.  There's much going on now with Union Dry Dock and united efforts on that front.  Additional transparency with access to the RFP process is one improvement showing local government can work effectively together and the Union Dry Dock effort showed some limited success with council members urging support getting behind Mayor Bhalla.

While there remains concern about voter fraud in Hoboken, an issue often said to be non-existent by these same voices in wider elections nationwide; it's far less of a problem than it has been in recent years in the Mile Square City.

MSV set the benchmark breaking and covering stories of voter fraud since 2010. This last election didn't feature the type of massive VBM fraud as in other years. For the first time, MSV can publicly state, the FBI was on the lookout for voter fraud activity last fall and word was on the street before the November vote. It had a chilling effect.

In the end, the Hoboken electorate will decide the runoff issue issue after five years with no runoffs. Ravi Bots will be angered with that democratic idea but most of the public will yawn and say, "See ya in November."

Drone on Ravi Bots, drone on.


Dear friends and neighbors –
If you have not yet done so, please fill out the survey posted and circulated by Mayor Bhalla concerning the former Union Dry Dock site.  You can find it HERE.  Survey closes tomorrow (Friday) at 5pm.
There are three questions, but really there are just two.  Do you want to see industrial uses on the waterfront at that location?  Or not.
I have spoken with Mayor Bhalla who continues to work hard to defend completing our waterfront park, an effort that started with many of you decades ago with the Waterfront Referendum.  He has met with many of the major stakeholders (and here I mean in addition to and those other than Hoboken residents) and he wants to hear from you so he knows he is representing the best interests of our community.  For those unaware what the Hoboken Waterfront Referendum was, click on this link for a NY times article about it or google it - you will be amazed, and hopefully inspired by the efforts of so many of our neighbors.  And understand that this is not the first battle, but one of what will hopefully be the last.
If you have any questions, thoughts or want to discuss further with me do not hesitate to email me or call me at 201/208-1674.
Thank you,
TiffanieFisher
Hoboken City Council, 2nd Ward
Engage. Inform. Advocate.
“More Voices are Better”
Follow me on FB and Twitter to hear all about what is going on in our community!
Posted by SmartyJones at Thursday, January 25, 2018
Tiffanie Fisher: 'Take the survey on Union Dry Dock'
2018-01-25T09:46:00-05:00
SmartyJones
Comments