It only seems like ages ago when the majority of the City Council reached out last month and publicly got behind Mayor Ravi Bhalla to fight the Union Dry Dock sale. Last month is so old hat.

Those council efforts at outreach were apparently put out of their misery late yesterday with a shot across the bow by Hoboken City Council President Ruben Ramos.

The Council President took square aim at new Hoboken mayor Ravi Bhalla as details of his law firm employment contract with Lavery Selvaggi Abromitis & Cohen emerged.  He's less than pleased with it, to put it mildly.

Ramos all but called the contract dirty and an outright bribe stating "it's basically a 60K no show job... the only thing that's missing is Solomon Dwek and the FedEx envelope," in a story appearing late yesterday on Hudson County View.


Solomon Dwek is the 2009 FBI informant arrested in a $20 million check kiting scheme, flipped and turned loose on Hudson County and the Soprano State writ large. Snared in the sting, Hoboken's last mayor and attorney, one convicted felon Peter Cammarano.

Camarano would be caught on FBI surveillance tape with his bag man accepting $25,000 in bribes stashed in FedEx envelopes outside the Malibu Diner.

The Council President's statement is nothing short of utter frustration after the Friday night discovery of a shadowy Soprano State law firm deal where Mayor Bhalla stands to supplement or supplant his almost 117K salary as mayor.

Collections on that deal have already started as the Ravi Bhalla law firm deal became effective unbeknownst to anyone in Hoboken back on February 1st.

Everyone in Hoboken is asking what exactly is this politically connected Republican leaning law firm paying for with an annual salary of $60,000 plus unlimited commissions for of counsel "deals." 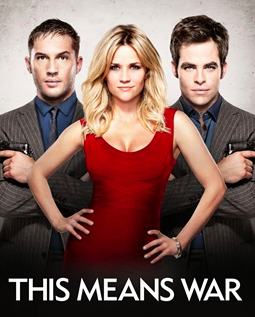 Talking Ed Note: Mayor Ravi Bhalla who has issued less than veiled threats against a city council who has been more than amenable passing the vast majority of his legislation will get what he wants. This Means War.

As for more coming on his suspect law firm deal, that's what he doesn't want.

The City Council however will continue to work passing most of what the Bhalla Administration asks and operating in compromise fashion among its nine members as it has since 2016.

The City Council members are working efficiently  among three groupings: Jen Giattino, Peter Cunningham, Tiffanie Fisher is one. Ruben Ramos the titular head of another featuring Mike DeFusco and Vanessa Falco is a second. The third group with Jim Doyle, Emily Jabbour and a more reticent Michael Russo has been less effective to obtain everything the Bhalla administration wants.

In the crazy cave, the desire for war was continuous after the November election when bowed knee and immediate capitulation to Ravi Bhalla was not forthcoming. A meeting on the Hoboken agenda ahead went well with the new mayor but the demands to yield to every wish from boards where he holds no vote to requested public pronouncements of fealty failed. The council maintains a good governance posture and efficiency unlike the bad old days.

This story isn't going away. It's only getting started.