Based on a legal analysis provided by Corporation Counsel which notes that the City Council’s proposed actions related to the Rent Leveling and Stabilization Board violate New Jersey State Statutes, Mayor Ravi S. Bhalla is asking that the Council reconsider their intention to transfer appointment authority  of three full rent board members and two alternates from the Mayor to the City Council. Mayor Bhalla is also renewing his prior request for the Council’s advice and consent of Warren Hall and Heath Urban as full members of the Rent Control Board.

“State law is very clear about how appointments should be made to boards.  Any decisions made by board members who are improperly appointed calls into question the validity of determinations made by the Rent Board,” said Mayor Ravi S. Bhalla. “I hope that the Council will reconsider their actions and provide their advice and consent regarding the nominations of Mr. Hall and Mr. Urban, two highly qualified appointees who I know would serve our community well.” 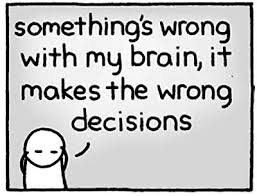 Talking Ed Note: Mayor Ravi Bhalla has a problem. In attempting to inflict political retaliation jettisoning members of the Rent Leveling Board; he created an instant backlash of people who actually care about the work of the body not politics nor motives with political retaliation.
Fast forward to today and we have a condescending legal analysis attempting to pull a fast one on the City Council telling them an action to appoint Rent Leveling Board members is improper. What the subservient and compromised legal beagles in City Hall are trying to suggest is that this is impermissible without the legislative changes put into effect. Ravi Bhalla himself claims this applies to "all boards." Wrong.

On Wednesday, any appointment changes on the Rent Leveling Board won't be in effect until the final passage of the ordinance and a 20-day waiting period. Both should be honored as Mayor Ravi Bhalla weighs how he arrived at this sour destination of his own making.

While he's likely fearful this type of council action may continue, he should buck up and admit it was a foolhardy idea to do when the council majority is equipped to easily beat back such poor political maneuvers.

Is Ravi Bhalla capapble of learning and moving on? Let's find out.