Pay to Play in play!

The story is updated below.

The contract last week for environmental services work at Union Dry Dock tabled by the City Council resulted in several vendors being under immediate investigation for Pay to Play violations.

All three are contributors to the Ravi Bhalla mayoral campaign.

The first vendor, Prestige Environmental was named for a proposed $50,000 contract that exceeds political contributions to the mayoral campaign of Ravi Bhalla and his political committee Team Bhalla.

Prestige Environmental reportedly made contributions totaling $1,800 in 2018, far in excess of the $300 limit for City of Hoboken vendors. 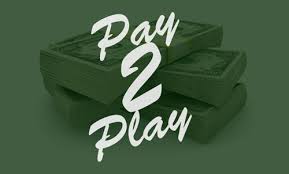 The Corporation Counsel, Brian Aloia is reviewing the matter with the law department. It's unclear when the results will be concluded or if it will be coupled with an announcement.

The Pay to Play ordinance passed in 2011 was part of a Reform effort to prevent wheeling and was championed by Councilman Peter Cunningham.

The legislation failed to pass prior to July 1, 2011 as it lacked a fifth vote. Finally, with the swearing-in of Councilwoman Jen Giattino, the ordinance would clear the five votes needed.

Who sponsored the 2011 legislation? It was sponsored by Councilman Peter Cunningham with the named co-sponsor: Councilman Ravi Bhalla.

Who makes all the calls to vendors and Hoboken businesses creating the Pay to Play violations?

What occurred with Prestige Environmental is the exact reason the 2011 Pay to Play ordinance was passed.

The wording from the legislation speaks to this double-dealing pay to play intent:


What is the remedy for violations of the 2011 Pay to Play ordinance?

The remedy to violations is listed in refunding the money within 30 days of the violation's identification and a penalty four times the contribution made for the candidate and/or committee that willfully made the violation.

Update: The earlier 2011 ordinance on the maximum $300 vendor contribution or $500 to a political comittee shows detailed relevant applications for consideration with the three entities who contributed to Ravi Bhalla's mayoral campaign and political committee Team Bhalla.

A notice to the City Council sworn by the potential contract recipient is mandated to be submitted there have NOT  been any excessive contributions made. The City of Hoboken is mandated similarly to inform the City Council that the entity "is not in violation" - "prior to awarding the contract or agreement."

In this instance, the failure will be likely two-fold for one or more contributors to Ravi Bhalla by the Bhalla Administration. In addition, the Corporation Counsel attempted to see the City Council approve the contract with Prestige Environmental saying he would review it later.

The public need not await any later review with returned excess funds to see the writing on the wall with the systematic trading on elected office as with the shady "second job" employment contract with a Republican law firm.

Don't let any political operative, paid or unpaid, try to snow you otherwise.

To support the work uncovering and detailing these and other issues in Hoboken:

I know first hand from a tenant's experience to the stewards of this organization that the Waterfront Project does great work.  I am a big advocate for the organization.  For those in need of sage legal advice as a tenant, do not miss this opportunity on May 16th.

For those that are looking for another good nonprofit to support in Hoboken (and Hudson County), this is it!  Thanks, and let me know if you have any questions. 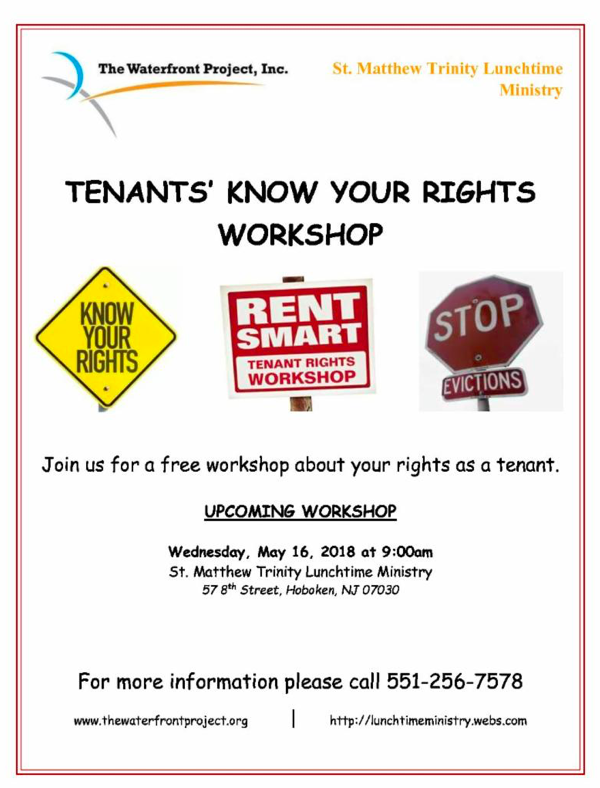