Dear friends and neighbors:
Who doesn't love a parade!  Especially one that brings our community together to pay tribute to those who made the ultimate sacrifice for all of us.

Photo credits HMAG, Hoboken Reporter, Hoboken Girl
The parade is presented by our Hoboken American Legion Post 107.  Click on the link to learn more about them and the amazing project they are undertaking to build six new homes for homeless veterans in Hoboken.  The Grand Marshal for this year's parade will be Michael DePalma, a decorated US Army Captain who served during Operation Iraqi Freedom, and who continues his service to all of us as a member of Hoboken's Police Department.
It is going to be perfect, gorgeous summer evening so come join your neighbors for this great community event!

As always, please feel free to email me or call me at 201/208-1674 if you have any questions of comments or want to discuss this or anything else.   Hope to see you there!

Be on the Lookout! 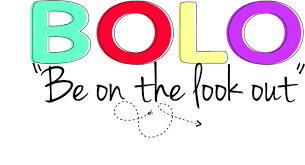 For the conspiracy-fabricating loons at the Cave, let Horsey steer you from the utter vapidity as last when this signpost was highlighted. This is not about Hoboken news. It would be national news related to the collapsing #RussiaCollusionHoax.

Since many "news" organization share this odd behavior attempting to "control the narrative," this Horse thought it would be useful to give a heads up.

SPYGATE could be one of the biggest political scandals in history!
— Donald J. Trump (@realDonaldTrump) May 23, 2018


Is it a political statement of mere hyperbole or foreshadowing what will be (further) revealed? What does this forebode for the #RussiaCollusionHoax, its promoters and adherents?

When is it proper to subvert and attempt to overturn an election if you don't like the election results? All you legal beagles out there, please point out that clause in the Constitution.

Who was it that said it's a threat to Democracy not to accept election results? Is there an exclusion clause for the self-anointed "fourth branch" of government?

On Thursday, Congressional leaders who have called the obstruction of their oversight role over the Department of Justice improper will be given time to review documents withheld to date.

The collision of narratives and reality is coming to the fore.

Meanwhile, Mark Penn, a former Clinton pollster, and Democrat, says "the deep state' is in a deep state of desperation" and points to the upcoming release of the DOJ Inspector General Michael Hororwitz and the issuance of part two of his report.

Former US Attorney Andrew McCarthy examines the variously alleged originations of the #RussiaCollusionHoax and finds the attempts at retrograde justification more than a bit lacking.

President Trump addressed questions from media before departing to a conference on Long Island for law enforcement and the MS-13 violence on "SpyGate" saying, "It looks like a very serious event. But we'll find out. When they look at the documents (DOJ, FBI), I think people are going to see a lot of bad things happened."


Question to the President: “Would Obama know [about the spying]?”
President Trump: “Would he know? I certainly hope not, but I think it’s gonna be pretty obvious after a while.”
Update: George Washington University Law professor Jonathan Turly, a Democrat said of the recent "SpyGate" developments:


"I'm mystified by the response from the media. I think it is undeniable that the president's early allegations have been validated to a large extent. I think you can acknowledge that without necessarily saying this was done for the wrong purpose," Turley said. "I also don't understand why there isn't more concern here.
"The president was openly mocked for this allegation. People like Clapper said it simply wasn't true. I think that the media has to recognize this is a serious allegation," he continued. "All Americans regardless of their party should want to investigate this."
Posted by SmartyJones at Wednesday, May 23, 2018
Be on the Lookout!
2018-05-23T09:00:00-04:00
SmartyJones
Comments