Sign of the Times: Chasing Amy and Brian Stack comes down the hill 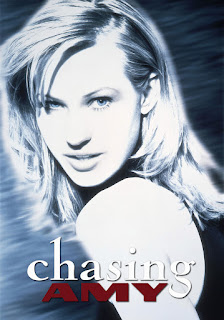 Last night, another meeting of the Hoboken Democratic Committee and once again it was Brian Stack, the leader of a HudCo insurrection appealing for their votes.

It's the second HDC meeting in recent months where Stack has appeared seeking support. The State Senator and Union City mayor is in an unexpected brawl with his opponent, Amy DeGise, the daughter of County Executive Tom DeGise for the county's Democratic party chair position.

Mayor Ravi Bhalla joined the Stack insurrection with Jersey City Mayor Steve Fulop. Critics said the action by the new mayor was a mistake that would hurt Hoboken. DeGise in an exclusive interview with Hudson County View last March said Bhalla had stabbed him in the back and he would no longer speak as his calls to the new Hoboken mayor were ignored.

Talking Ed Note: Amy DeGise was not invited to speak to members of the Hoboken Democratic Committee but attended a fundraiser for congressional candidate Andy Kim after the meeting in the same room at the Pilsener Haus restaurant.

Ravi Bhalla showed up to the fundraiser. He reportedly saw her in standing nearby while speaking to the audience stating it was important (for HDC members) to vote for Brian Stack so Hoboken would have " a seat at the table."

Then he promptly left the fundraiser without speaking to Amy DeGise. She stayed and spoke to a number of the attending HDC members.