Councilwoman Tiffanie Fisher: "What is happening with Washington St. ?!?!?!"

Dear friends and neighbors:
The #1 question I get from members of our community and visitors is something along the lines of “When is Washington St. going to be done????.”
On June 22nd, I was cautiously optimistic when Mayor Bhalla stated in a release as his top accomplishment:  “(1) paving and rehabilitating Washington Street from Observer Highway to 9th Street by mid-July...”  But that optimism has waned considerably as we look at the current state of the project.
On Friday I asked the Administration to provide a full update on the project, including a plan on what is necessary to get the project completed quickly and with the least disruption so that our community and businesses can finally move forward.  As I think you all agree, this project has been devastating to the potential successes of our community, in particular to our local businesses – many of whom have shuttered their doors permanently.  I want all options to be considered.
The Infrastructure Subcommittee which I Chair is meeting tomorrow morning where we will be discussing this.  Additionally, although originally posited by the City as a closed session to discuss with the entire City Council, I asked that the project update be held during the public portion of Wednesday's City Council meeting to provide transparency to our entire community.  T&M, our engineering consultant, will be there as well to answer questions so please tune in to hopefully find out what our path to completion will be.
At the meeting, the City Council will vote on whether to approve extending the contractual timeframe for the project by 29 days and two change orders totaling over $.5 million – this brings the total costs to approximately $21 million (contractor and consultant).
A reminder of some of the salient aspects concerning the project:
As I have mentioned in a previous update, the City recently hired an Engineer and Construction Manager for the first time, resources added specifically to bring necessary in-house technical and project management experience that the City has sorely lacked and in particular on the Washington St. Redesign Project.  I had advocated continuously for these hires since I was elected.  I learned last week that these two new hires have not yet been engaged in the Washington St. project which is the single largest public works project Hoboken has ever faced and is significantly behind and over budget already.  I have an email into Mayor Bhalla and his staff questioning why this is the case, but as of this writing, I have not yet heard.  I am hopeful that these important team members will soon be an active part of getting this project done.
So I hope you will either attend in person or watch online the City Council meeting on Wednesday .  I am separately working on other updates that will be sent out shortly covering such topics as Union Dry Dock, Steven’s Zoning Changes, and Weehawken Cove boats, among others.  So be on the lookout!
As always, if you have any questions or want to discuss this or anything else, please feel free to call me at 201/208-1674.

When your political boss is seen as a promise-breaking, second job employment contract conflict-loving, employee paying avoider and full-time self-promoter, what's Sybil's Cave to do?

How about throw in the towel and become a full-fledged Russo Clan lover.

If you can't beat'em join'em. That's where Sybil's Cave apparently opting for targeting Councilman Mike DeFusco as the greatest evil known in Hoboken history leaving no recourse but to get in bed with Mikie and his new pony tail locks forever? Hey, bosses orders, xx oo, smooches Mikie. 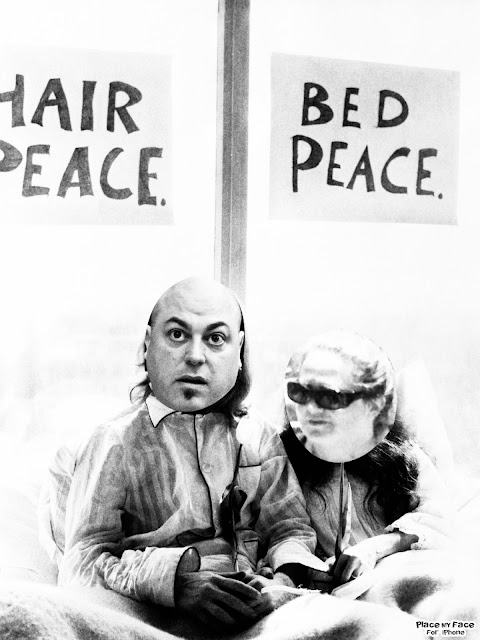 We know that political paid operatives will make for odd bedfellows for the political boss but isn't this a corruption bridge too far?


How many hospitals in Hoboken did Mike DeFusco try to bankrupt and how many millions in quarters did he try to cover up that disappeared? OK, questions arose last year about ELEC reports (and has been reported here on MSV per usual) but do we have to go PAC crazy every day of the year?

Well, let's at least try to catch up and get current. After all, when did Ravi Bhalla ever suggest he'd follow former mayor Dawn Zimmer and avoid all association and (related expenditures in his favor) support from PACs?


And what was the final PAC pricetag for this "terror flyer?"
Hey, we're Stronger Together when we scam the Hoboken voters together. 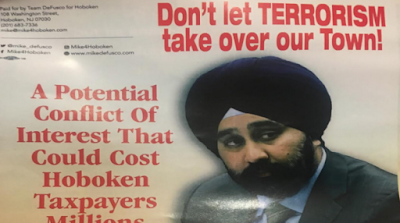 Talking Ed Note: There's the sole City Council meeting for July this week on Wednesday so more fun is no doubt in the offing. If you want to talk corruption, Super PACs and the like, be careful what you wish for and by the way, you may want to avoid the PAC and corruption hypocrisy or worse at Sybil's Cave.


This internet warning is appearing based on recent reader reports about Sybil's Cave: 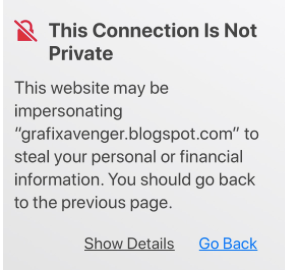 Be careful out there Hoboken.