Amar Bhalla stars as Ravi on Twitter in BromarGate!

Mayor Ravi Bhalla's brother Amar appeared yesterday on Twitter (correction: Theftbook). He wasn't making an appearance himself but appearing on behalf of his brother as Hoboken mayor.

This bizarre post arrived on Ravi Bhalla's official mayoral account. Even by the standards of his own self-glorification, it began catching immediate scrutiny from the editor of Hmag, Chris Halleron.

hMag promptly noted that both its response and the Ravi Bhalla tweet of self-adulation disappeared: 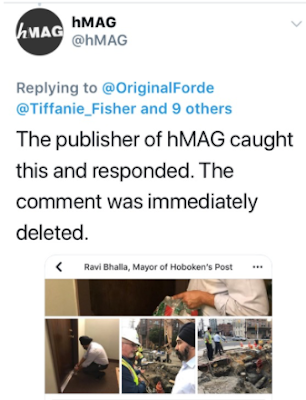 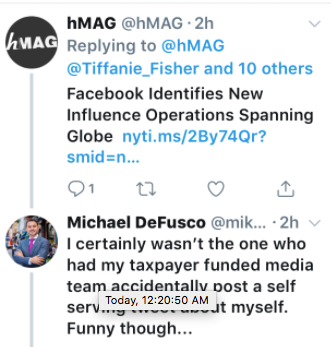 A member of the public lobbed a bomb accusing Ravi Bhalla of being
behind the terrorist flyers saying "he also funded the production and distribution" of them. 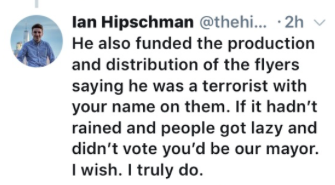 Another member of the public chimed in pointing to the
water main break and how "Ravi Bhalla is milking" it
"for all it's worth." 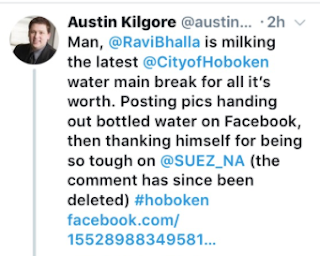 Enter Amar Bhalla, who admitted to posting on Twitter as Ravi Bhalla, Hoboken mayor.
His first attempt to blame others calling them "immature" landed with a thud.
He followed that tweet with this revelation wildly lashing out: 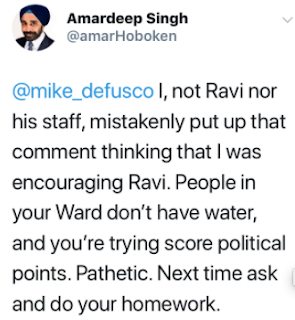 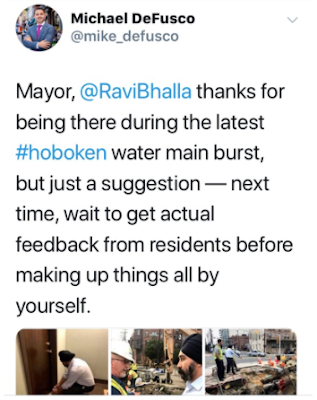 But Councilman DeFusco would then return fire on Amar or Twitter Ravi again: 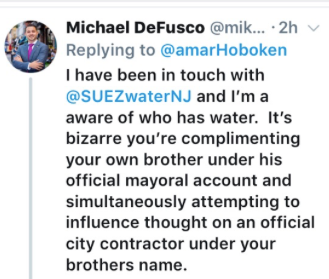 The Ravi Bhalla Twit-erer Amar, then tried to change the subject
and quickly got slammed on the rejected Suez contract renewal last year: 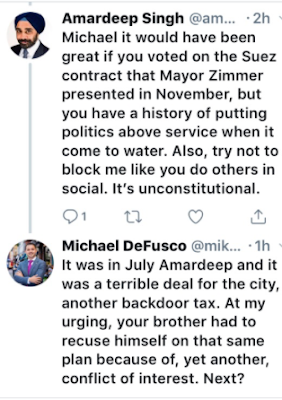 Talking Ed Note: Hard to believe it's a midsummer's dream in Hoboken isn't it? Just another day in the fine People's Republic of Bromar.

Amar Bhalla who was less than pleased with MSV's coverage breaking the story of PACs airing TV ads on FOX backing Ravi Bhalla and earlier publishing a poll from the Bhalla for Mayor campaign stepped in it again. On Election night he personally elected to brag he would "get" MSV for it.

Looks like the only person he's getting is himself.

Bromar was last featured in February playing politics and offering "random praise" to Ravi for milking a veto that the City Council would predictably override on allowing Hoboken voters to weigh in at the polls in November on bringing back runoff elections.

Bhalla Bros: "We know an override will happen" but let's get political!