Dear friends and neighbors:
Although this is a MUST READ for some, there is something for everyone in this so please read on…
Governor Murphy signed a law on August 10th with a number of changes to our NJ Election laws relating to VOTING BY MAIL (S647).  Our State Senator Brian Stack and Assemblyman Raj Mukherji were among the sponsors of this legislation.  The intent is to increase voter participation, but one part of the new law that requires the immediate attention of some of you, and possibly a response is:
«««
IF YOU REQUESTED A BALLOT TO VOTE BY MAIL IN THE 2016 GENERAL (PRESIDENTIAL) ELECTION, AND ONLY FOR THAT ELECTION, YOU HAVE BEEN SIGNED UP TO AUTOMATICALLY VOTE BY MAIL FOR ALL ELECTIONS, FOREVER.
«««
If this applies to you, then you should have received the attached letter from the Hudson County Clerk informing you of this.
Applying to Vote By Mail – Rule Changes:
OLD RULES / Prior to the law change:  you could apply to vote by mail and select one of two options – either for the current calendar year OR for all November elections going forward.

NEW RULES /  With the law change:  you can apply for either ALL elections going forward OR just one election in the current calendar year.

Click on the picture or HERE for the new Vote By Mail application.
What does this mean for you for this year and going forward:
You are being added to the automatic and forever list if any of the following applies:
You are not being added to the automatic and forever list if any of the following applies:
Other major provisions in the new law that will affect us:
Upcoming Election on November 6th
The upcoming election will have four main choices to vote for:
If you are not registered to vote, and I believe about 20% of the people who receive this are not, please do.  Whether you lean left like me or lean right, your vote is your voice.  As President Obama just said in a speech recently [paraphrased] “young people complain that they aren’t represented in government.  Yet only 1 in 5 millennials vote!”.  This idea of not voting but complaining about policies / politics can be applied to any group and any voice.  So please register and / or make sure if you recently moved that your registration is current.  You can download an application HERE.  And don’t worry, I am told that it is not voter registration that adds you to the jury duty list.  It is your driver’s license.
Clear as mud?
If you are not clear on whether or not you are being added to the automatic and forever list, please reach out to the County Clerk’s office directly at 201-369-3470, select 6.
To give you an order of magnitude, in 2016, 2,511 Hoboken voters were sent a Vote By Mail Ballot.  Of these only about 1,800 actually voted by mail.  BUT ALL 2,511 WHO RECEIVED A BALLOT THAT YEAR, plus any others who applied in 2017 and 2018 to receive ballots for all November General elections going forward, will now receive Vote By Mail Ballots for all elections going forward.  Unless you OPT OUT in writing.
As always, feel free to reach out if you want to discuss this further, or anything else, by email or by phone 201/208-1674.  And please forward this to anyone you think would benefit from hearing about this. 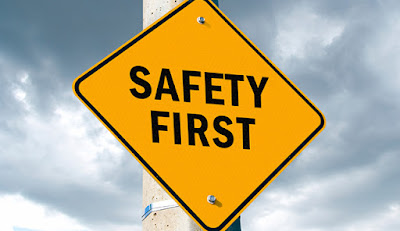 County Executive Tom DeGise and the Freeholder Board are under pressure to cancel a contract with immigration and customs enforcement (ICE) by alt-left extremists and Democratic Senator Bob Menendez. The agreement, which was has been supported by county Democratic leadership since 1996, allows ICE to hold hundreds of illegal aliens convicted of crimes in the US and arrested in NYC. ICE has similar agreements with Bergen and Essex Counties, also Democrat run.
Yet a small but vocal cadre of out of touch alt-left agitators has engaged in a campaign of demonization of law enforcement, including the corrections officers of the Hudson County jail which are holding murderers, rapists, child predators, those who have committed assault and repeat drunk drivers behind bars. These felons and criminals are not US citizens, have no legal nor moral right to remain in the US and are from around the world.
It is one thing for Republicans, Democrats, and Independents to support an amnesty for illegal aliens who have committed no other crimes after their initial illegal entry or visa violation. It is another, and disturbing thing, to imply the US has an obligation to keep foreign criminals who are a danger to our communities. It is an immoral thing altogether to compare corrections officers to Nazi death camp guards as some of the alt-left in Hudson County have done. And it is an inexplicable thing to posit the illegal alien who happens to be a sex offender will register as such and put their actual address on a government list rather than disappear into the population upon release.
Wherever one stands politically, all should stand against the vilification of our police and corrections officers. Claims made by the foot soldiers in Menendez’s army of professional election activists and alt-left extremists that getting criminals off the streets is bigoted ignores the facts that the offenders are not in jail due to their ethnicities nor even their status as illegal aliens alone. Everyone knows criminals come in all colors as do our law enforcement (including the Hudson County jail which has a high proportion of minority officers). The analogy that some, with this counter-factual mob mentality have made, comparing the county jail to Nazi concentration camps and the everyday heroes of our law enforcement to Nazi SS troops hunting Jews, Gypsies, and others for extermination, is hyper-partisan politics at its worst and morally repugnant.
The vast majority of Hudson County voters know that law enforcement, from our own corrections department to the regional ICE division are dealing daily with gang members, child molesters, sexual predators, and repeat drunk drivers in order to get them off the streets and out of our neighborhoods. County Executive Tom DeGise is undoubtedly aware of this but questions naturally arise. With Menendez acting out of fear of losing to Senate Candidate Bob Hugin (whose polling numbers show he is in striking distance of a historic win), will DeGise follow Menendez down the dangerous path of putting partisan politics above commonsense law enforcement? Is helping Menendez score a hypothetical handful more votes from the alt-left extremists who compare our cops to Nazi’s worth selling out both the people and the brave men and women of law enforcement?
Fundamentally, both the local Democratic leaders and Menendez are anti-law enforcement and anti-safety. What reason could one have to protest the future deportation of dangerous criminals? Why else canonize convicts as if they were saints and portray law enforcement as bigots? The reality is that law enforcement officers are heroes working with a dangerous population of criminals from around the world who have come here to prey upon the weak, poor, and often times immigrant communities they live in. The sad reality is that if released the Russian mobsters held at the county jail will likely return to plague the immigrant Russian community in America once more. If set free in the US the rapist will likely return to a neighborhood with a majority of his ethnicity and rape again. If allowed to enter American society again, the gang member will likely return to an ethnic neighborhood of his background and resuming forcing neighborhood businesses to pay a protection fee or face violence. The alt-left advocates of releasing criminals into our streets put the lives of otherwise law-abiding illegal aliens, hardworking legal immigrants, and American’s in danger.
The divisive anti-law enforcement rhetoric paints the police and corrections officers, who are protecting us, as racist antebellum era plantation overseers. It ignores the fact that criminal illegal aliens held in the county jail come in all colors, many ethnicities, and the that many of our protectors are themselves from ethnic minority communities. The people of Hudson County are not stupid, they want to hear the wailing siren of the police when the corner store they are in is being robbed when they are being mugged, and when it’s late at night and their home is broken into. They realize that the less visible corrections officers are no less everyday heroes.
Normal people across Hudson County and New Jersey, blue and white collar, black, white, Hispanic, Jewish, Muslim, Christian, atheist, and others, understand what our law enforcement deals with and protects us from on a daily basis. Most people know our cops and corrections officers are the good guys; the real question, does County Executive Tom DeGise agree? Will he give in and join the crazy chorus of alt-left extremists denigrating law enforcement and Is he willing to suffer the political consequences?

Joshua Einstein is a Hoboken resident and ran for City Council last year as an independent candidate netting in the ballpark of 1,000 votes.
Posted by SmartyJones at Wednesday, September 12, 2018