Dear friends and neighbors:
I rushed last night to get my update out before the meeting started (for me at 6 with a closed session prior to the public meeting), and made one major error, a slightly less major one and a few spelling ones…corrections below in PINK.
Sorry for the confusion.  While I have your attention, there is one more event this weekend I became aware of today which I think looks exciting and wish I could attend:
About last night (City Council meeting)…
And finally….
What did I mean by Traffic Circles … a better name might be a mini-roundabout.   Effectively the concept is to install a small raised traffic island that could be any diameter and could be decorative as well.  Roundabouts limit speeds by horizontally deflecting vehicles as they pass through an intersection.  13th and Park may be too small for this, but 15th and Garden may not.  The City is going to study traffic counts / etc. at each of these intersections and look at both intersections for viability and what can / should be done to improve pedestrian safety.
I will say that I am also pushing that we consider speed humps in Hoboken in certain areas – Jersey City just announced that they are installing 86 as part of their Vision Zero plan.  They don’t work in all locations and they come with challenges if not designed correctly (snow removal, noise, etc...).  We historically have been told a flat “No”.  But I think it should be more of a “yes / sometimes”.
As always, feel free to reach out if you want to discuss this further, or anything else, by email or by phone 201/208-1674.  And please forward this to anyone you think would benefit from hearing about this.

Call it PizzaGate or call it a Hoboken farce. Once again, there's a bad taste and this time it's for pizza billed to the Mile Square taxpayer for approximately $130.

While the amount is relatively paltry, it's the thought that counts. In this case, it was pizza to entice Marine View residents to pay homage and one imagines lend future votes in loyalty to Mayor Ravi Bhalla.

Why is the mayor billing taxpayers for his "private" meeting with residents where he blocked other elected officials from attending altogether?

Didn't Ravi Bhalla say he was against buying votes only months back?  Not a month back, Bhalla used his taxpayer-paid security force to block Councilman Mike DeFusco from attending a meeting at Marine View.

The City Council rejected the charges for what one might call PizzaGate because Hoboken is back to once again being "special." 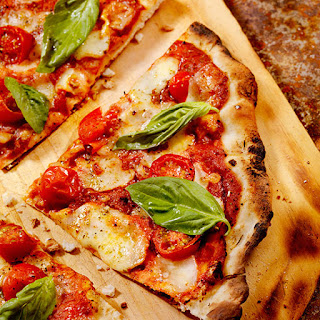 In bigger news, the lawsuit filed by former Hoboken Police Chief Anthony Falco against the City of Hoboken and former mayor Dawn Zimmer got crushed and was thrown out of court. The years-long suit intended to make a mockery of one of Hoboken's highest-paid public officials demanding overtime among other compensation for "overtime" worked during Hurricane Sandy back in 2012.


The rest of this story is MSV Premium content and will be sent to subscribers later today.
Posted by SmartyJones at Tuesday, September 18, 2018
Council rejects Ravi Bhalla's $130 pizza bill for his 'private' meeting at Marine View
2018-09-18T09:41:00-04:00
SmartyJones
Comments