The Jersey Journal weighs in with more highlights and new details in the FBI investigation uncovering the dark, shadowy world of alleged vote-buying in Hoboken elections.

The report goes further in detailing the connections on the unnamed political committee and the fire brewing on one of its main characters, Frank "Pupie" Raia.


The committee is linked to real-estate developer Frank Raia, who unsuccessfully ran for mayor in 2009 and for a City Council seat in 2013. When the referendum intended to weaken rent control laws first went to voters in 2012, Raia, known as "Pupie," was listed as the Let the People Decide chair in the group's campaign finance reports. Andrew Canonico was named as the treasurer.

The report goes on to point out that the political committee, "Let the People Decide" is an address that is the home address of Raia and "Pupie" is not returning calls or text message. The Hudson County View yesterday reported on an attempt to speak to Raia and after identifying themselves, the line was promptly hung up.


Raia and Canonico listed their address on Let the People Decide's campaign reports as 450 Seventh St. in Hoboken. On a resident directory in the building's lobby, Raia's name appears next to a third-floor unit and Canonico's next to a fourth-floor unit. Property records show Raia owns both units.

The Jersey Journal report goes on saying the FBI arrest has stunned the Mile Square City.


The arrest has stunned political folks in this city, both because of the length of time between Camis' alleged misdeeds and her arrest and because she is unknown even to some people who are deeply involved in Hoboken's elections.

The MSV exclusive photo and story highlighted the day after the 2013 Hoboken election is also featured in the Jersey Journal report noting the scores of people lined up outside 520 Jefferson St., the Raia social club.

The report also quotes City Council President Ruben Ramos who ran in 2013 and states a $250 donation was made to the accused's church and that Camis did not work for his campaign. The FBI states she worked for unnamed campaigns. In 2013, Raia ran for Hoboken City Council and along with former Councilwoman Beth Mason, backed a mayoral and council slate eventually losing to former mayor Dawn Zimmer.

Posted by SmartyJones at Thursday, September 27, 2018 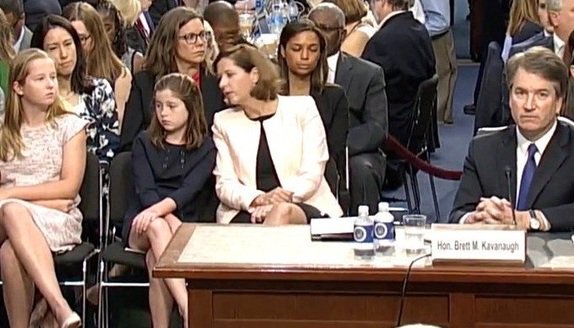 Posted by SmartyJones at Thursday, September 27, 2018