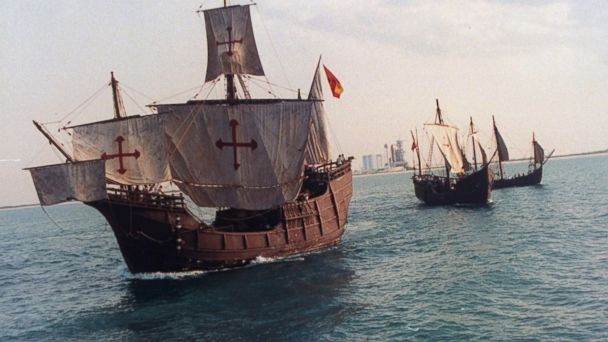 The Hoboken City Council subcommittee, tasked with evaluating the proposed Hilton Hotel project, was briefed for the first time recently with the revised plans for the hotel that have tentatively been agreed by Mayor Bhalla and KMS, the developer.  The modifications include changing the overall architectural feel of the project by adding three more stories to the plan that the mayor announced in April and 20% more bulk and square footage than what was previously approved in 2017 by the City Council which the mayor (then councilman) opposed.  In exchange for this increase, KMS will provide $3 million in cash to Hoboken for community benefits which currently have been earmarked by the mayor to two, private non-profits.  The mayor is expected to ask the City Council to approve these changes at the October 17th meeting.  Although the members of the subcommittee each individually support the efforts of the selected non-profits, they are issuing this joint statement in regards to their concerns.

“The City Council subcommittee has long advocated for and remains in support of a hotel development that brings tax revenue, job creation, economic development and vibrancy to Hoboken while respecting neighborhood and community concerns.   However, our city's infrastructure issues are front page news, our main street has suffered from under investment and management, and our low and moderate income residents are being displaced every day.  It is critical that major development projects like this are both sensitive to the surrounding environments and provide benefits and relief to these issues which the Mayor’s proposal fails to do.  The subcommittee is committed to working together with all stakeholders to address and overcome these challenges.”

Mayor Bhalla’s proposal falls short of these needs by limiting the allocation of the $3 million to two private foundations:  $1 million to fund the endowment for the Hoboken Public Education Foundation (“HPEF”) which raises private money to invest in our public schools, and $2 million to the Hoboken Community Center (“HCC”), for the potential restoration of the former YMCA.  These are both great organizations that benefit the community, but given the size of the community benefit fee of $3 million, the subcommittee has questions about the narrow focus of these large contributions, the lack of any public process, the fact that the use of the funds will not be directed by any elected officials (mayor, school board or City Council), and that offsets to the myriad of near-term financial commitments to be paid by taxpayers were not considered.

The subcommittee recommends broadening the scope of the $3 million while still including both HPEF and HCC as recipients by:  supporting the education mandate but expand to include all public schools including charter schools; allocating a significant amount into the city’s Capital Fund and dedicate those funds specifically for planned infrastructure improvements and other large scale capital projects like the Multi Service Center, Northwest Park and the proposed HCC when their plans are finalized; and contributing to the Affordable Housing Trust Fund which has been underfunded for years.  Additionally, the City Council requests KMS to contribute $75,000 directly to HCC at the onset of construction (expected to be in early 2019), as opposed to after the hotel opens in ~2-3 years, so that HCC can fund its much needed feasibility study as soon as possible.

“As many know, the mayor has already communicated with each HPEF and HCC about his proposed contributions which has already made for a strained and divided community dialogue.  It is unfortunate that he chose a path of excluding both the governing body, who will need to vote on the proposal, and the public in this critical decision for our community.  This is a bad precedent for Hoboken that the City Council hopes to make better by encouraging public input.”

The full City Council will convene on Wednesday October 17th to hear the issue.

Grist for the Mill: Ravi has a new developer-union deal and it comes with a $3 million dollar payoff

Word is out in Hoboken this weekend about Mayor Ravi Bhalla's newest backroom developer deal for the downtown hotel and it's going to kick up a storm.

Remember the original "needle" style boutique hotel proposal languishing for years? Finally, it was approved as a 17 story building and applauded by the construction unions who spent tens of thousands of dollars at the close of the ugly mayoral race last year to push Ravi Bhalla over the line. Those tens of thousands don't include the millions in free publicity when the Bhalla terror flyer landed to help him eek out a win with 32% of the vote.


Now the hotel, a previously thought done deal is getting a pro-developer, pro-union boost. It will magically jump another three stories to 20 with 20% more added density and unions will get labor work for building it with a plus. Labor after completion is believed to also include mandatory union employee positions.

But that's not the only kicker. To soften the public, activists and post-backroom deal resistance which will not swallow easy the sudden pro-developer winnings, a three million dollar kickback, uhm, benefit is proposed handed over to the local school district and the defunct uptown Y. They would receive one and two million respectively with the new Ravi Bhalla backroom deal lacking any public process or transparency.

Who do you think will be miffed most in Hoboken? You can start anywhere. It will be a lengthy list.

The public school district annually currently receives millions in Abbott district aid earning Hoboken lots of scorn statewide. The local Y closed its doors years ago and has rebuilt to house people trying to reintegrate into society while its exercise facility closed suddenly leaving disappointment in its wake.

How is this three million windfall to be accounted for and benefit wider Hoboken? There will be some very unhappy non-profits in Hoboken who feel they've been jacked again ala the conflicted Bhalla Chief of Staff John Allen who lobbied for EasterSeals to get a rental office in town at next to no cost for a decade.

The local fundraising school district group, Hoboken Public Education Foundation is already celebrating the backroom unannounced deal like they won lotto. Their weekend release from the Hoboken Public Education Foundation is below. The Charter Schools will benefit zero and are among the first to hear the bad news of the latest Bhalla backroom deal.

Talking Ed Note: How many parent votes can be bribed with a million? Ravi Bhalla is banking on re-election with their votes even if Hoboken's woeful infrastructure among many other needs gets ignored in the process. Since his path to get Albio Sires' congressional seat isn't looking too good currently, he may be stuck in Hoboken for a while. This will grease the wheels for his developer, union and select non-profit friends.

Stay tuned. This is one backroom deal sure to generate plenty of anger from the Hoboken public.