A panel on marijuana legalization is set for tomorrow night at Hudson County Community College. The event is being hosted by the Hudson County View from 6:00 - 8:00 pm.

The event will be available live on the Hudson County View Facebook page for those unable to attend. 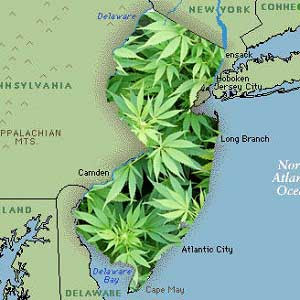 Tonight at 8:00, it's New Jersey's sole US Senate debate

In the "Battle of the Bobs," it's one enterprising Bob versus corruptocrat Bob.

One is a former pharma CEO who turned a company around and made it a success becoming wealthy in the process. The other is a decades-long politician with legendary corruption status swirling around him since his HudCo Machine days and in swampy DC as a NJ Senator.

Tonight the battle royale will take the stage as challenger Bob Hugin will go mano a mano with incumbent Senator Bob Menendez in their only debate.

Menendez has survived Clinton style under an atomic cloud of corruption and denunciations as his BFF, Dr. Salomon Melgen sits in prison for looting taxpayers for over $70 million. Corruptocrat Bob wasn't helping and didn't know? Menendez escaped prison when a jury hung and the feds reversed their decision for another trial.

Did Menendez not know of the tens of millions being scammed (and an alleged seven-figure kickback) while taking private jets and lavish vacations where federal prosecutors alleged there was "corroborating evidence" to their having sex with teenagers at prostitution parties.

As U.S. News & World Report reported of the prosecution filing, "Presented with specific, corroborated allegation that defendants Mendendez and Melgen had sex with underage prostitutes in the Dominican Republic, the Government responsibly and dutifully investigated those serious allegations," the (federal) filing says. "The indictment here, of course, charges only corruption and does not include any allegations of soliciting underage prostitution."

Federal prosecutors held no authority to use their corroborating evidence in another country.

Tonight, New Jersey voters get another look before deciding who should be representing them as US Senator.

You can watch the NJ Senatorial Debate right here on MSV courtesy of NJTV News tonight at 8:00 pm.


Talking Ed Note: With almost a decade covering government and politics almost everyone in the shadow of the HudCo Machine has a corruption story involving Bob Menendez. One of my favorites is how local officials met with then-Congressman Menendez to discuss how to improve the back end of town on Hoboken's west side.

As the story goes, the local officials wanted to disperse the entrenched poverty and break up an ever-growing generational trap. Menendez as the rumor says from a person in attendance at the meeting rebuked them from any such notion saying, "You don't want to break up YOUR voters."