When your government goes Stasi on you

The Constitution and its succeeding Amendments mean something to Americans although it's no longer unfathomable to see the deconstruction of our freedoms at every turn.

It's been occurring at an increasing and dizzying pace although it's easy not to see any of it. 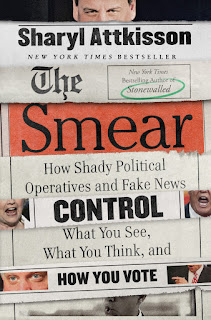 Sharyl Attkisson, a former CBS reporter during the Obama Administration tells her story in her bestseller "Stonewalled." It highlights how she was hacked while working at the media giant and how it continued after she left big media. She's also the best-selling author of another excellent book, "The Smear" detailing how people are led what to think about issues and inevitably how they vote.

It's striking how the mentality of power and ideology above all has led to an exceeding attack on thought and freedoms Americans believe are their birthright. When so many believe themselves political operatives to manipulate others to their seedy ends, from a cave dweller in Hoboken or an employee of Theftbook, Goolag and Twatter along with the upper echelons of their executive management; how does a citizen sort through the noise?

The most likely answer? They don't as a movie now appearing on Netflix highlights in shocking detail called "The Creepy Line." Orwellian thought control isn't a threat to our future, it's robustly here and the intent is total control over every aspect of political thought and outcome in line with the massive criminality being exposed in the Russia Collusion Hoax. (Notice how "the press" works to suppress information/facts coming out?)

If you can subvert free and fair elections as witnessed by the massive sedition in the 2016 national election by weaponized government agencies or better yet, control what people think before election polls even open, what kind of totalitarian society and/or idiocracy will result?

You can sum up all these efforts rather simply, "Just be evil."