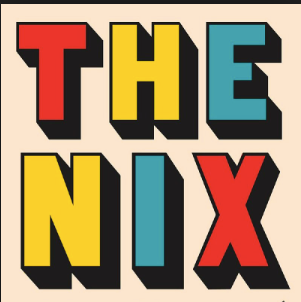 The second meeting of the City Council is set for tonight and the biggest threat is to the truth.

This isn't about the recent propaganda with false if not defamatory fabrications claiming the good government councilwomen in Council President Jen Giattino and Second Ward Councilwoman Tiffanie Fisher held a meeting with Academy Bus to look at and "push" their development plan.

That's a Shadowy fabrication touted in the usual dark, dank bowels from the usual political operative suspects, paid and unpaid.

Let's nix that fabrication so we can address a real, actual problem up for council consideration tonight.

Call it NixleGate or nix the matter outright. A continuous political operation being run out of the mayor's office is creating a snowstorm of problems, legal and political.

Not a week ago, the odd political blast using the Hoboken notification system, Nixle, saw that release out of the mayor's office to "inform" the Hoboken public about an imaginary threat to one of three existing mayoral and very political aides working on behalf of Mayor Ravi Bhalla.

That distraction intended to move people off the scent of the unanswerable question about how many mayoral aides are being carried on the 2019 Hoboken payroll. It's a mystery wrapped in a riddle of belated confession and subterfuge. Hey, there's an Administration to protect here.

Lots of bellowing, hot air, and outright lying that one of the said mayoral aides, Jason Freeman, faced the ax, courtesy of the City Council. In truth, the only threat was budgetary to a singular future position if any of three politicized aides departed. A proposed council ordinance last year would keep a limitation to two mayoral aides should any of the current three exit. Or is it four?

For reasons unknown, Ravibots and their fire-breathing fabricators attempted to elevate Freeman as some sort of martyr-in-waiting. Why was Freeman's name being tossed out as cannon fodder and not John Allen, Chief of Political Operations and race-baiting staged council activities? It's all backfired but not before a circular argument was released after the fact citywide using the Nixle system.

According to some engaged citizenry, that's a blatant breach of the Nixle terms of service. Tonight the City Council will take up that question among others connected to the escalating and monumental problem of exactly how many mayoral aides are on the Ravi Bhalla payroll.

It's a murky mess featuring propaganda efforts and massive fabrications with weeks of reverse-engineering apparently in overdrive attempting a fix for what Hoboken residents were told didn't exist.

The first victim in this massive political scheming out of the mayor's office is the truth. 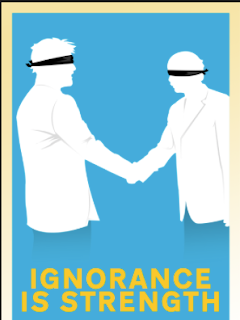 Talking Ed Note: Also on tap, when does a Hoboken mayoral office employee resignation actually become official? Just like those payroll blips growing inside the office of the mayor, the Hoboken public awaits an explanation.

Maybe a legal beagle can walk down the hill from Union City and explain it to everyone. Apparently, having three lawyers in John Allen, Ravi Bhalla and Corporation Counsel Brian Aloia are no longer sufficient.

Nothing to see here, move along. Ignorance is strength, we've always been at war with Oceania and three or four mayoral aides, litigation and theft of service have always been with us.