Mayor Ravi Bhalla saw an atomic bomb drop with details of $70,000 municipal law contracts out of Union City heading to the Republican law firm where he's being paid in a second job. 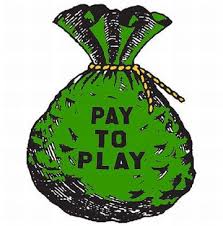 The breaking atomic-level alleged pay-to-play scheme was reported in a news story on the Hudson County View.

From that breaking story on the Republican law firm: Lavry, Selvaggi, Abromitis & Cohen where Ravi Bhalla holds a second job with a base salary of $60,000 annually:


Back in February when Bhalla revealed that he would be serving as of counsel for LSAC, he released a copy of his contract, which said, in part, that he would receive “20 percent of all gross revenue paid by clients in excess of $60,000 up to $750,000.”
Then in June, Bhalla released a memo indicating that he had not earned any money in commissions since joining the new firm. He has not released a public update since then and his critics on the city council haven’t pressed him much on the subject, either.
Several Union City and Hoboken officials declined to comment, but Hoboken 2nd Ward Councilwoman Tiffanie Fisher questioned if politics were in play here.
“A coincidence? Or maybe something as ‘apolitical’ as the Mayor needing to generate revenues by year end to justify his $60K base salary at his second job and Union City helped him out. It’s why we ask questions,” she said in an email.
The Jersey Journal's senior reporter Terence Mcdonald added this Twitter nugget on the political ties between Ravi Bhalla & Brian Stack: