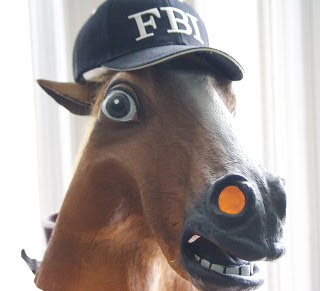 Hoboken dearly missed the boys of summer back in 2011 when the massive theft of emails in and out of former mayor Dawn Zimmer's office uncovered a massive illicit political operation arrayed against her.

The stolen emails, numbering in the tens of thousands or more spread near and far finding their way to Hoboken public safety unions which were in protracted contract negotiations and the boys of hate at Hoboken411.

In the end, no one went to jail.

Fast forward to 2019 and the FBI under new Department of Justice leadership in Newark is diving into one of Hoboken's most treasured traditions: voter fraud.

Not a year ago, the Hoboken City Council became a free for all as the topic of voter fraud erupted spontaneously with Councilman Michael Russo recounting, or bragging there'd never been an arrest in Hoboken for voter fraud.

These days, Russo is a welcomed member of Mayor Ravi Bhalla's inner political circle making recommendations. One rumored consideration anticipates Peter Biancamano's return as a candidate for City Council in the second ward this November on a Ravi Bhalla council ticket.

Last year, however, it was one Councilman Michael Russo speaking on the topic of Hoboken voter fraud saying, "I don't think anyone really bought a vote... Anybody who tells you different is lying to you. When they say someone bought Vote by Mails, no they didn't...."

Four arrests have followed with Mikie Squared finding himself at the epicenter of suspicion swirling around his amassed army of paid campaign workers. Almost to a person, each was paid $50 and their personal ballots using vote-by-mail in the 2015 election. Only 20 among hundreds worked in his Third Ward campaign where he faced no opposition.

Only a month in office as mayor, Ravi Bhalla made wild allegations later walked back against the City Council citing certain members being "beneficiaries of voter fraud," but pointedly avoiding any mention of his ally, Councilman Michael Russo.

The FBI, under new management, has little concern for the local political hypocrisy of HudCo mayors and is not done with Hoboken. Not by a long shot.

The rest of this exclusive investigative report is MSV Premium and was released today.
To subscribe in 2019, hit the button below. No Paypal account is required.
New members will receive the issue in a separate email after signing up.

Posted by SmartyJones at Wednesday, January 23, 2019