Let's go to the Hop?

Next month a number of changes to local parking rules are set to take place. A new visitor pass will be easier to obtain online, a nod to common sense taking a 21st-century hold in Hoboken City Hall with what's being called a "virtual" visitor system.

Then there's the City Hop bus system. The one-dollar fare will drop to zero beginning March 4th. What impact this has on a beefed-up system remains to be seen. There are 55,000 people in Hoboken so one can only imagine how this supply-demand equation turns out.

The Hudson County View published more of the details. 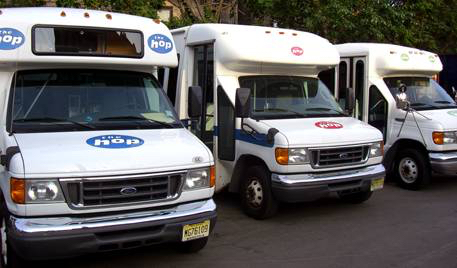 Talking Ed Note: Meanwhile, the MSV exclusive of a major budget deficit and tax increase dilemma is seeing nothing but radio silence out of the mayor's office. There's nothing by way of official comment, pushback, trolling or a restart with a fresh round of face punching. Doesn't John Allen have any more friends who can sign on to one of his specious "ethics" complaints?

Also dead quiet, any response to Hoboken residents asking what Ravi Bhalla will do about the proposed gas burning North Bergen Power Plant. An APB was issued on Councilman Jim Doyle's resolution in opposition after Ravi Bhalla killed it.  It looks more and more like a cash deal was brokered in a HudCo back room between HudCo's Uncle Nick and Ravi Bhalla. Fundraiser! Fundraiser! Follow the cash.

Even Shadowstan numberscruncher is as silent as a zombie wandering aimlessly among the Ravibot Walking Dead. His Lindastan trans persona brayed incessantly about the Jim Doyle resolution and how the City Council must pass it. Now they are quiet on that and the Hoboken budget deficit as they wipe the egg off their political operative zombie faces. Guess that shadow numberscruncher ain't so good at crunching numbers.

Posted by SmartyJones at Wednesday, February 27, 2019