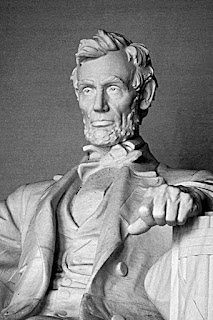 The Hoboken Municipal Committee Executive Board and the Hudson County Young Republicans announced today their launch of a joint Lincoln Dinner on February 26that 7pm in Lola’s Tapas Bar, 153 14th St, Hoboken. The dinner at Lola’s Tapas features a long list of fine food as well as wine, beer, and sangria. Tickets, which are the low cost of $60, can be purchased here.
Chris Carbine, Chairman of the Hoboken Municipal Republican Committee, said “the Republican Party is the party that freed the slaves, supported civil rights legislation, and has always stood for individual freedoms, that’s why we will be gathering to honor one of America’s greatest Presidents.”
Nicholas Codrea, Treasurer of the Hudson County Young Republicans said “this is a time for all stripes and types of Republicans, libertarians to social conservatives, fiscal conservatives to those focused on national security, and more, to celebrate our freedom-loving foundation and our first GOP President, Abraham Lincoln.” Codrea continued “this is a dinner for GOP unity and for honoring the past.”
Lincoln Dinners, an event done by Republican Committees and clubs around the country, honor the first Republican President in history, the Great Emancipator, Abraham Lincoln.
Posted by SmartyJones at Wednesday, February 06, 2019