Last night, the best-laid plans of mice and men were upended. The Hoboken public wins with their united opposition to the drastic parking meter hikes.

In the end, the process to undo the recent Bhalla Administration hikes on parking meters with dynamic pricing passed narrowly as the City Council begins to roll back that recent action.

Her ordinance passed narrowly 5-3-1 after a competing version from Councilman Michael Russo was tabled amid heated debate. It's the first step in the process to find a better balance in costs and availability the council will revisit.

The Ravi-Russo Alliance took it on the chin and found itself fully exposed in the process. There's a lot more to all this with a toxic mixture of policy and politics. 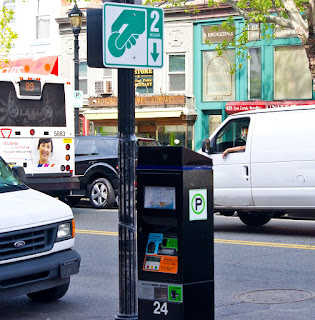 Councilman Jim Doyle, a former Reform backer under Mayor Dawn Zimmer announced he would support a rollback to dynamic parking meter pricing. Until he didn't and voted no to Fisher's rollback.

Voting no: Jim Doyle, Michael Russo, Vanessa Falco. It appears the fourth vote is another abstention from Councilwoman Emily Jabbour.

“We need to find the right balance that promotes our businesses that we all want to see succeed, that contributes to the growing financial and parking related needs of our city and does not penalize our own residents.  No matter what, parking meter rates on Washington St. need to go up from $1/hr.  This level disincentives turnover which is critical for our local businesses to survive.  I am looking forward to working with my colleagues on a new plan, and with the Mayor and his Administration on finalizing a 2019 budget we can all support.”

The complete statement is here: http://www.hobokenhorse.com/2019/03/councilwoman-fisher-to-bhalla.html

There's video and more to come.
Posted by SmartyJones at Thursday, March 21, 2019