DeFusco, Giattino Propose New Pet-Friendly Ordinance to Replace Ban on Dogs from City Parks
Councilman Mike DeFusco and Council President Jen Giattino are working together to change Hoboken’s outdated law prohibiting dogs in City-run parks. Last week, Mayor Ravi Bhalla began strictly enforcing these antiquated laws without warning, resulting in unnecessary tickets and fines being imposed on Hoboken residents. The current ordinance allows dogs to walk through parks only to gain access to dog runs. DeFusco and Giattino will co-sponsor a replacement ordinance during tonight’s City Council meeting that will permit dogs into City parks, while penalizing careless owners who don’t clean up after them $2,000
Councilman DeFusco and Council President Giattino are releasing the following joint statement:
“For years the vast majority of Hoboken dog owners have acted responsibly when bringing their canine companions into our public parks. Over enforcing this policy will not solve the issues of dog litter, it only alienates dog owners and prevents Hoboken’s furry friends from enjoying open space with us. As dog owners ourselves, we understand the frustration of Hoboken residents who have been penalized for simply allowing their pets to stretch their legs. This is why we are revising a dated ordinance that makes Hoboken a more pet-friendly community. The new policy will help maintain the beauty and cleanliness in our parks and make sure Hobokenites can enjoy them whether they’re walking through them on two legs or four.” 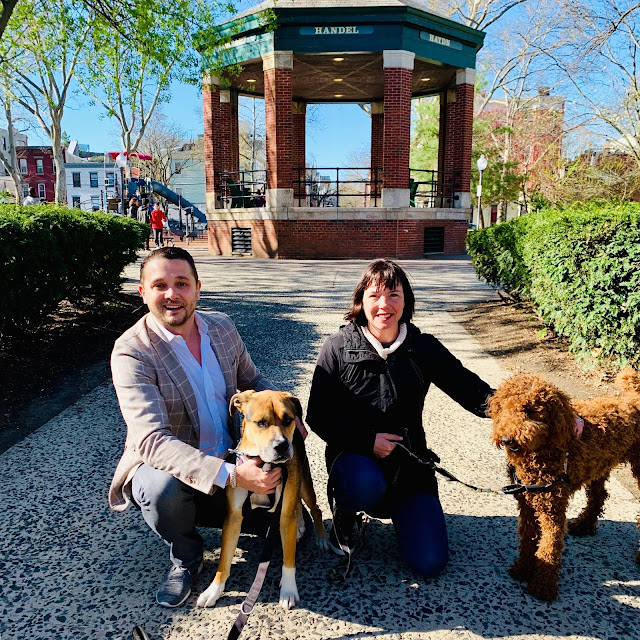 Posted by SmartyJones at Wednesday, April 17, 2019