Last Wednesday leading into the holidays, the City Council passed a redevelopment agreement for 1300 Jefferson St.

The redevelopment agreement passed on a 6-2 vote. Council members Jim Doyle and Tiffanie Fisher voted no and City Council President Jen Giattino, reportedly away in Iceland did not vote.

The redeveloper agreement is concerning for some due to a lack of 10-day public review. The City Council last December added that requirement by resolution.

A new hotel is proposed at the location where hundreds of residential units and a bowling alley previously failed to obtain approval.

From the approved redevelopment agreement: 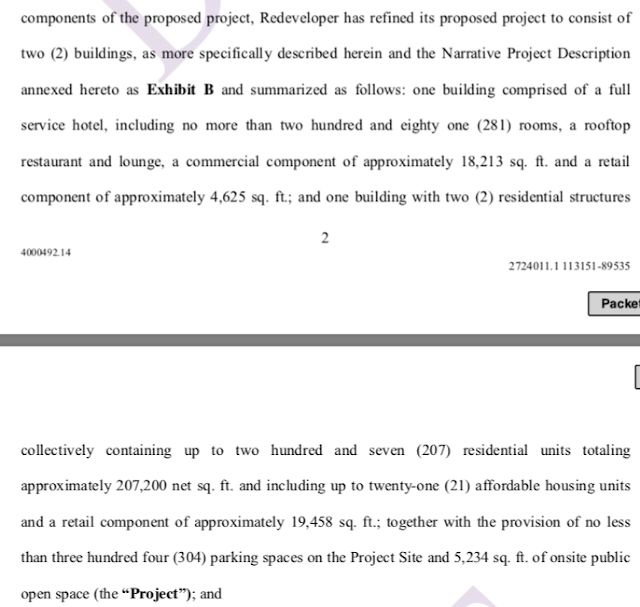 The redevelopment agreement was shuttled on to the agenda by the Bhalla Administration on behalf of the Just Block 112, LLC, a private partnership using non-union labor.

The new hotel proposal will require approval from the Hoboken Planning Board and will include a second building with 207 residential units. 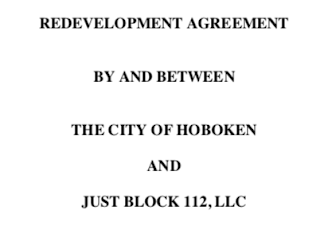 Talking Ed Note: The downtown Hilton Hotel announced to much fanfare last fall is on hold with litigation in opposition.

The complete redevelopment agreement for upper Jeffersion St. is available at the link starting on page 251:
http://hobokennj.iqm2.com/Citizens/FileOpen.aspx?Type=1&ID=1301&Inline=True