FBI to Hoboken voter fraudsters, class is in session 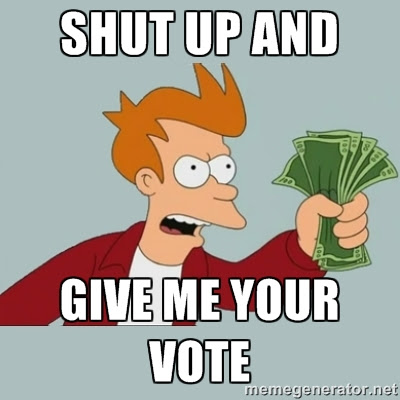 Yesterday at the Frank Raia voter fraud trial, the US Department of Justice conducted a master class how to expose and take down a virulent, targeted voter bribery scheme.

She presented a 2013 version of a 2010 Hobokenhorse.com investigative report highlighted in a NY Observer feature bringing the Hoboken tradition of voter fraud out of the shadows.

First, a brief update exclusive as the prosecutors officially rested their case electing not to bring further witnesses and specifically noted to Judge Martini late Wednesday they were withdrawing the anticipated testimony of Liz "Church Lady" Camis.

Bayonne based political operative Jack Butchko testified as a witness for defendant Frank Raia Thursday morning. He alleged Matt Calicchio had a falling out with Raia prior to the 2013 campaign and performed no role in the campaigning. That puts his testimony squarely in conflict with Michael Holmes and Freddie Frazier who both intimated that Calicchio was part of the Raia campaign efforts in the same year, specifically to buy votes for $50 using Vote by Mail.

Contradicting Butchko, defense witness Anthony Petrosino who was sitting for days in the courthouse hallways awaiting his opportunity to be a witness in the trial. He contradicted Butchko saying Calicchio was in fact around for the 2013 campaign in his later testimony.

Also testifying as character witnesses for Raia: Father Alex Santora the old guard priest at Our Lady of Grace, Carteret Mayor Daniel J. Reiman where Raia has built affordable housing and Frank Leanza, an attorney who has worked for the North Hudson Sewerage Authority in Hoboken.

Leanza's name last came up in 2016 when the NHSA seat was highly contested between Raia and Hoboken reform advocate Kurt Gardiner. Alleged conflicts of interest between Raia and Leanza erupted in that appointment contest.

Then-councilman Ravi Bhalla lobbied hard for Frank Raia to get another five-year term. He came up short, flipped his council vote and followed with a bizarre lecture in the council meeting at Gardiner, displaying his unhappiness with the reform upset victory.

... Ravi Bhalla gave a long-winded speech about how Raia was more than qualfied for the position and is, and hopefully will continue to be an asset to the City of Hoboken - whether or not he's reappointed.

At the rate of witness appearances; it appears the jury may hear closing arguments on Monday. Meanwhile, everyone awaits the final word on whether Frank Raia will take the stand in his own defense.

Afternoon update: As noted in the comments, Frank Raia did take the stand today. Expect our Mile Square View colleagues at Hudson County View to detail the testimony first.

On Monday, closing arguments will then follow with Judge Martini turning the case over to the jury for deliberation.
Posted by SmartyJones at Thursday, June 20, 2019