Jury deliberates into day two with questions in Raia trial

Closing arguments this morning from the prosecution and defense in day five of the Frank Raia bribery scheme trial led to afternoon jury deliberations before being later adjourned by Judge William Martini in US federal court today. 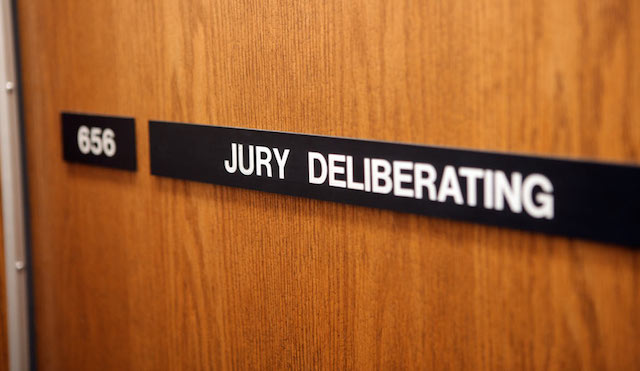 In addition, the jury requested the witness testimony of the treasurer of the Raia PAC "Let the People Decide" Andrew Canonico and Brian Cardino, a former Hudson County Board of Elections investigator.

Judge William Martini discharged the jury at about 12:45 where they would have lunch ready and begin deliberations. On receiving the request for witness testimony details and later, two succeeding questions, he opted to see the jury adjourn.

The first question from the jury asked if a sealed ballot can be brought by a bearer to a campaign office?

The judge appeared hesitant to give an incorrect answer saying, "It would be unfair to say you can't take (sealed) ballots back" before mailing them and not to give the jury an answer "would be grossly unfair."

Asst. US Attorney Rahul Agarwal seemed uncomfortable with the assessment stating, "there's no testimony" in the record to that conclusion.

The testimony of Hilda Rosario, the supervisor for the Hudson County Board of Elections was read and reread briefly. "Can they (the bearer) take it (the VBM) anywhere?" Her answer: "no."

The judge heard Asst. US Attorney Sean Farrell reiterate Rosario's position conveying government agents had checked with her on the break confirming this was, in fact, the case.

Sharply differing with the prosecution, Frank Raia lead defense counsel Alan Zegas. "It's beyond the scope of the record," he said before dissenting further adding he thought the VBM could be taken to a campaign headquarters.

All of which led to Judge Martini expressing a willingness to further explore the issue in the morning when witness transcripts would be made available. He hoped to have the respective counsel agree to a response for the jury.

While the rules of Vote by Mail were changed in 2014 following a trial in Hudson Superior Court on the civil case brought by Raia and the Mile Square Taxpayers Association in the 2013 ballot question on rent control; no discussion specifically addressed the issue of chain of custody.


Talking Ed Note: In 2007, the "do-over" fourth ward city council election between Dawn Zimmer and Chris Campos saw the latter seek to challenge her absentee ballots on chain of custody. One such challenge involved a spouse mailing the ballot of another.

The trial recommences at 9:30 Tuesday where this jury question plus another on whether a campaign operative may "instruct" a voter how to fill out a ballot is considered.