With the buzz from the in-depth coverage and reporting from Newark of the Frank Raia voter bribery trial and conviction, the Hudson Mile Square View hit a major milestone last week: 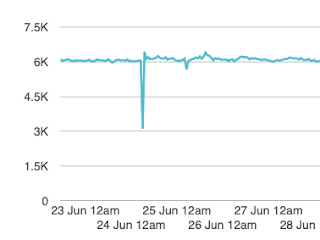 Talking Ed Note Tuesday Update: Although this website doesn't provide data to Alexa, a kamikaze lunatic attack courtesy of Nancy Pincus imploded in her face as noted in the comments. With no actual data available, this website nevertheless appears in the top quarter million nationally ranked by Alexa while Nancy Pincus' website doesn't even appear as a blip.

That's right, nothing, a big FAT zero! The deranged propaganda propagated under a multitude of screen names talking to herself (and spamming another in sick fashion) boomeranged back on her in humiliating fashion. Karma.

Here's a global illustration which is all the more hilarious because she brought it on herself.
Her Cave got crushed underneath an earthquake of her own making:

Hoboken Horse with no data provided to Alexa:

Google is registered to this site and recorded over 10,000,000 hits. Enjoy the pwnage!