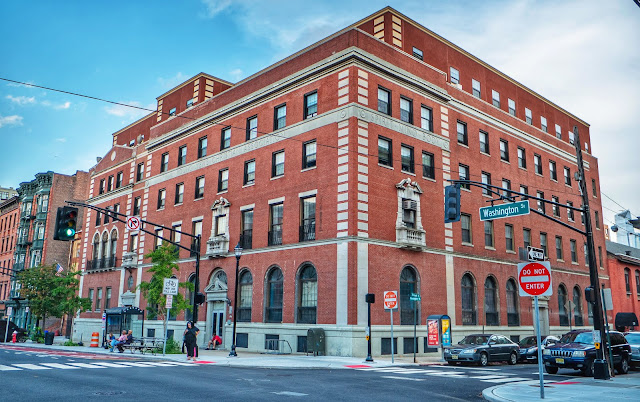 The Hoboken Community Center, previously known as the YMCA, is inviting the public to complete an online survey to determine residents’ preferences for recreational programs and community and cultural spaces as it plans for the renovation of its former recreation facility.

“Since the YMCA closed in 2010 due to declining membership and challenging economic pressure, the needs of the Hoboken community have changed significantly, and we are exploring a variety of models for the future of our building including creating a mini version of the 92nd Street Y,” said Ken Nilsen, president of the Hoboken Community Center. “We are aggressively moving ahead with the planning process for this project and we want to hear from as many people as possible to make sure this facility is a space that reflects the community’s vision and needs.”

The survey will be open through September 30, 2019 and is available at: www.surveymonkey.com/r/HobokenCC

Project History & Background
The Hoboken Community Center (HCC) is a 501(c)(3) not-for-profit organization located at 1301 Washington Street. The building opened its doors in 1927 as the Hoboken-North Hudson YMCA and served the dual purpose of providing housing to low-income men and offering affordable recreational programs for the local community. Due to insufficient funding, the YMCA closed the doors in 2010 to the recreational side of its operations.

The HCC has retained an experienced planning firm and, in collaboration with the City of Hoboken, the Hoboken Public Library, the Hoboken Board of Education, and other community partners and stakeholders, is evaluating the feasibility of remodeling the currently vacant former YMCA spaces into new community-focused spaces for a variety of functions. The proposed project may include renovation of the historic existing lap pool in the lower level of the building, renovation of the existing gymnasium, and remodeling of other spaces on all three vacant levels of the facility to provide a variety of spaces meeting the community’s needs for flexible, multi-purpose recreation, classroom, meeting, and culturally-focused space. The public survey seeks to identify the community’s needs and preferences regarding possible uses of these spaces.

The proposed project will also include infrastructure improvements needed to repair or replace elements and systems within the building that are beyond their expected service life, as well as improvements needed for building, life safety, and accessibility code compliance.

To complete the survey, visit: www.surveymonkey.com/r/HobokenCC.
Posted by SmartyJones at Friday, September 06, 2019