It's election season in Hoboken and sadly, the time of year when the bad character of individuals comes to the fore among those who seek or hold power.

Dark Money is being sounded in ever-louder warnings and there's a significant basis for it with a Hoboken vendor alleged at its center. 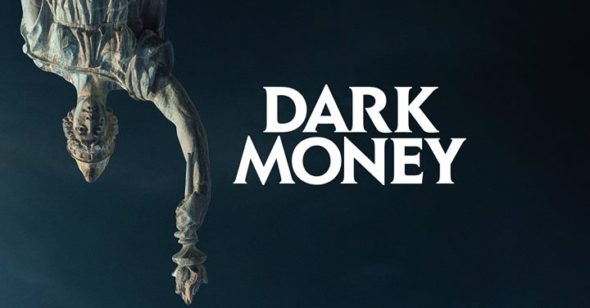 As Mayor Ravi Bhalla attempts to fulfill his desire for absolute power over all aspects of Hoboken governance, the before, during and after patterns of behavior is revealing.

In the 2017 mayoral election, one of the dirtiest witnessed in these parts in some time, dark money blew in days before the election in a big way.

As it turned out, the Ravi Terror Flyer was not only key in the election, it was instrumental to Ravi Bhalla eking out a win with under 33% of the vote.

In the first City Council meeting after the election, Councilman Mike DeFusco attempted to unify Hoboken backing an investigation to sort out those who were behind the dirty deed.

In response, Ravi Bhalla, in his last meeting as a councilman pointedly refused. He said Mike DeFusco had not been exonerated. He failed to note he nor his allies had been exonerated either. After going on a victimization tour, he declared the matter over and said there would be no further comment.

DeFusco, on the other hand, raised money with his family toward an investigative effort. The Hoboken Police Department received tips from the community but that investigation stalled as lots of whispers surfaced about dark money forces.

Everyone in City Hall, every Hoboken government insider, shadow mayor wannabe and every single person in the Hoboken mayor's office knows about the dark money force behind the terror flyer in 2017. The only difference is those who learned about it later and those who knew when the dirty deed went down.

The Feds struck a hammer blow against Hoboken voter fraud hard obtaining convictions in the 2013 election, an indictment with the promise of more to come in 2015 and the echoes of 2017 fluttering in the distance. Voter fraud in Hoboken is DOA but dark money is very much alive.

Notwithstanding politics, political party or personal beliefs, the terror flyer in the 2017 mayoral race was an attack on all Hoboken. The Boys of Summer need to break up that dirty political operation. Those involved should be exposed and punished to the fullest extent of the law.

All those who knowingly and willingly engage as political operatives, paid or unpaid, and continue to push lies into the Hoboken community about the origins of the Terror Flyer should see full exposure and accountability as well.

Now it's election season and Hoboken appears about to be terrorized again. You'll see a pattern emerge. What is old is new again. These leopards don't change their spots.

There's another big reveal coming. Listen to the howls for blood and listen to them proclaim their victimization even as they victimize others and the Mile Square City.

It's what they do and who they are. Smart'en up.

This Horse Sense editorial is dedicated to those who fight dark money near and far, especially City Hall.

Posted by SmartyJones at Tuesday, September 17, 2019