The issue of the Ravi Bhalla mayor's office and its budget came up at last week's City Council meeting exposing an apparent scheme to retain bloated staff increases, long a point of contention.

What was exposed in the rollback of the mayor's office budget to 2017 former mayor Dawn Zimmer levels?

Word of half-a-dozen municipal scheduled employee layoffs in City Hall came up Wednesday night at the City Council meeting. The mayor's bloated staff have apparently moved into dual "roles" outside the mayor's office with layoffs clearing the way for their arrival.

According to the Bhalla Administration, mayoral aides are now working for the Hoboken Parking Utility and the Legal Department. The scheme allegedly allots one-quarter of their salaries charged to those departments.

Ravi Bhalla massively increased the budget of the mayor 40% on taking office. In addition, he added a new office of constituent services, another mayoral aide and double-digit salary increases for multiple aides in the past year.

According to City Hall sources, efforts by the mayor's office to get the municipal unions to join them in a public statement and point the finger at the City Council for the unannounced layoffs backfired. 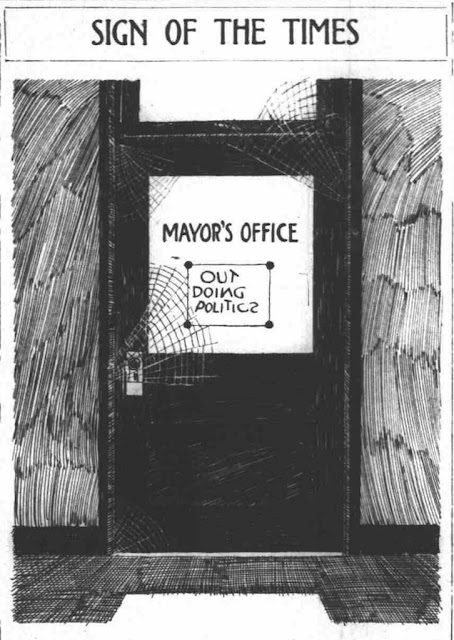 One City Hall insider who declined to be named for fear of further retaliation from the mayor's office said, "No one is blaming the council. Everyone knows this is Ravi Bhalla and his people doing this."

Another person familiar with the budgeting shenanigans offered, "There's two sets of books, one for the public and the real numbers." They described the mayoral aides shuffle into other departments and announcing layoffs as the latest mayor's office action to avenge the City Council voting down Ravi Bhalla's full tax increase.

The layoffs, not specified include a handful of municipal employees. One is a woman who is two months away from retirement and a pension.

For months, political operatives of the mayor complained a mayoral aide addition without the City Council's approval was in potential danger of being laid off.

At the Wednesday meeting, Councilman Michael Russo suggested shifting an $88,000 payment from Washington St.'s reconstruction and anticipated cost overrun litigation there to "save six jobs." He corrected himself noting one of the six was moving to the Hoboken Police Department.

Councilman Ruben Ramos inquired if the salaries of all employees had been budgeted previously and approved. "They were," City Council President Jen Giattino replied.

Russo added the Bhalla Administration "would hire and fire as they see fit," and in further support of the mayor said, "I warned against this."

That led to questions about the appropriateness of mayoral staff being paid out of other municipal departments.

Jen Giattino suggested making the appropriate approvals and "maybe the Administration would do the right thing as well."

Posted by SmartyJones at Monday, September 09, 2019