Hoboken's ward elections are not far off in the November distance but there's little doubt in the outcome of the third ward council race. Councilman Michael Russo sits poised for re-election and has begun a flurry of email releases going far beyond the confines of the third ward. 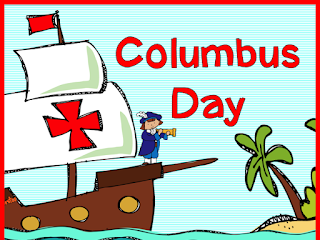 The email releases are almost weekly as Russo joins the e-campaigning approach as others but this is different. The target isn't clearly third ward residents as his emails travel across the Mile Square City. Topics Russo is asking for feedback range from e-Scooters, protected bike lanes and the biggest one: the Hoboken Rail Yards Redevelopment put up by Mayor Ravi Bhalla.

Famous last words as it's "economic conditions" written into the gigantic redevelopment which will dictate which comes first meaning Hoboken will see 100% residential first with a 28-story residential building at the base of Hudson St where a parking lot currently resides.

Besides, Russo along with almost the entirety of the Ravi Bhalla council slate received the full-fledged endorsement of the big construction union PAC, Stronger Foundations. Does he really care about your opinion for his upcoming vote this Wednesday on the massive NJ Transit redevelopment or is he collecting emails and profiles for something beyond the November ward race?

The Ravi-Russo Alliance borne the day Ravi Bhalla brought back the Russo King of Corruption, Anthony Russo into the mayor's office for his private inauguration on January 1st, 2018 is coming to a close with the November election. Russo sees himself as sufficiently far away from the past and the RussoCorruption.com days where he was last seen agreeing to take $5,000 from FBI informant Solomon Dwek with the promise, "there'll be more."

This website broke that story in March 2010 and local media quickly picked up the story. Russo in his typical refrain objected to anyone calling the deal with Dwek a bribe. When this editor went back to the authors of the Jersey Sting relaying that Russo quote, they promised a response. A week later the Solomon Dwek - Russo luncheon FBI surveillance video came out. 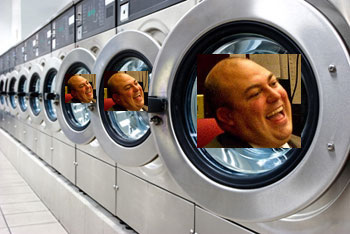 Fast forward to 2019 and the Feds in Newark under new management are deep into a probe of Hoboken voter fraud closing out 2013 with a string of convictions topped off with Frank "Pupie" Raia. 2017 is believed underway and Russo in 2015 is seen as a mirror image of financing "campaign workers" as Raia in 2013.

How does equal application of the law work with the 14th Amendment again? Should Hoboken residents be equally protected from 15 large hitting the streets for similar applications as in the 2013 and 2015 elections?

After the November election, some of those answers may begin to make themselves apparent.


Grist for the Mill is MSV's rumor column but its success makes it the most popular column in all the Mile Square City. Have a tasty carrot for Horsey? Send it to smartyjones@me.com and be assured your confidentiality is protected with MSV's State of NJ Shield Law protections upheld repeatedly in Hudson County Superior Court.
Posted by SmartyJones at Monday, October 14, 2019